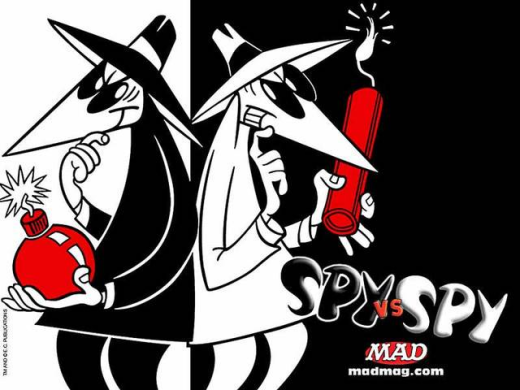 On December 22, 1963, one month after the assassination of President John F. Kennedy, former President Harry S. Truman, who initially authorized the creation of the Central Intelligence Agency (CIA), wrote in the Washington Post:

“I think it has become necessary to take another look at the purpose and operations of our Central Intelligence Agency…For some time I have been disturbed by the way CIA has been diverted from its original assignment,” that is, as a collator of “accurate and up-to-the-minute information,” upon which the President could make decisions, information not “slanted to conform to established positions of a given department.”

In contrast to Truman’s intent, the CIA, starting with the appointment of Allen Dulles as Director in 1953, became “an operational and at times a policy-making arm of the Government,” often “injected into peacetime cloak and dagger operations” and using intelligence “to influence or to lead the President into unwise decisions.”

There is no better example of those assumed roles than the Bay of Pigs operation, a CIA-organized paramilitary invasion to overthrow the Cuban government of Fidel Castro:

“Arch-Establishment figure Allen Dulles had been offended when young President Kennedy had the temerity to ask questions about CIA plans before the Bay of Pigs debacle, which had been set in motion under President Dwight Eisenhower. When Kennedy made it clear he would NOT approve the use of U.S. combat forces, Dulles set out, with supreme confidence, to mousetrap the President.”

“Coffee-stained notes handwritten by Allen Dulles were discovered after his death and reported by historian Lucien S. Vandenbroucke. They show how Dulles drew Kennedy into a plan that was virtually certain to require the use of U.S. combat forces. In his notes, Dulles explained that, “when the chips were down,” Kennedy would be forced by “the realities of the situation” to give whatever military support was necessary “rather than permit the enterprise to fail.”

Kennedy did not deploy the U.S. military to Cuba and the enterprise did fail. Subsequently, Kennedy fired Dulles and his deputy director General Charles P. Cabell, whose brother Earle, incidentally, was mayor of Dallas on the day Kennedy was assassinated.

After the Bay of Pigs fiasco, Kennedy reportedly said that he wanted to “splinter the CIA into a thousand pieces and scatter it into the winds.”

In my opinion, as a consequence of Kennedy’s real or perceived hostility toward the agency and its rogue operations, elements of the CIA either participated directly or created the conditions whereby President John F. Kennedy would be assassinated in Dallas, Texas on November 22, 1963.

Like Dulles, CIA operative David Atlee Phillips, who “was involved in the organization of the Bay of Pigs operation” and afterwards was appointed Chief of Cuban Operations having “the freedom to roam the entire Western Hemisphere mounting secret operations to get rid of Fidel Castro,” said “his goal was to provoke US intervention in Cuba by ‘putting Kennedy’s back to the wall.'”

Nothing would put “Kennedy’s back to the wall” more than an assassination attempt linked to Cuba.

Phillips, not only had the authority, but had access to all the necessary CIA assets including organized crime, anti-Castro Cubans and a low-level CIA agent named Lee Harvey Oswald, who pretended to be a Marxist and pro-Cuban activist. Oswald ultimately failed in his efforts to infiltrate the Soviet Union and communist organizations in the U.S., but eventually provided the ideal patsy, when an assassination “incident” became a reality, as the mafia took final control of the operation in Dealey Plaza.

That is, the assassination was an operation within an operation, which from the CIA’s standpoint, unintentionally or intentionally killed President Kennedy and, in either case, because of those involved, required a government cover-up.

Fast forward to the present, when, not only do U.S. intelligence agencies still engage in cloak and dagger, make policy, and decide what intelligence the President and Congress are allowed to see, but they now monitor and record every telephone conversation, every email, every social media post and every financial transaction by every American, 24 hours a day, 365 days a year.

Interestingly, less than two years before he was to leave office, Barack Obama authorized CIA Director John Brennan to reorganize the agency, a man who admittedly, as late as 1980, voted for the Communist Party and reportedly converted to Islam.

What was the purpose of a reorganization occurring so late in Obama’s term of office and orchestrated by a close political ally?

Brennan’s reorganization created the CIA’s own cyber capability, the Directorate of Digital Innovation and ten separate centers: “six of which have a regional-based focus – Africa, East Asia and Pacific, Europe and Eurasia, the Near East, South and Central Asia, and the Western Hemisphere; and four of which have a mission-based focus – counterintelligence, counterterrorism, global issues, and weapons and counterproliferation.”

One might say that the new CIA, which is modeled after a traditional multi-function fusion structure like the Counter Terrorism Center, is more tactical than strategic, more operational than intelligence-gathering and, overall, is more digitally intrusive, which potentially affects every “incidentally surveilled” American.

Alternatively, a cynic might conclude that such a late-term reorganization was simply an opportunity to permanently embed personnel and policies that would serve the Obama-Brennan ideology.

Intelligence as a continuation of politics by other means. I don’t think that is what Harry S. Truman had in mind.