Irresponsible incendiary rhetoric spewed by politicians and members of the media, in reaction to the executive order signed by President Trump to temporarily suspend the entry into the U.S. of aliens from a limited number of countries that are associated with terrorism, whether they had been issued visas, has fired up throngs of demonstrators in New York City and elsewhere.

President Trump began his executive order by noting how failures of the immigration system enabled terrorists to carry out the murder of 3,000 innocent people in the United States on 9/11. 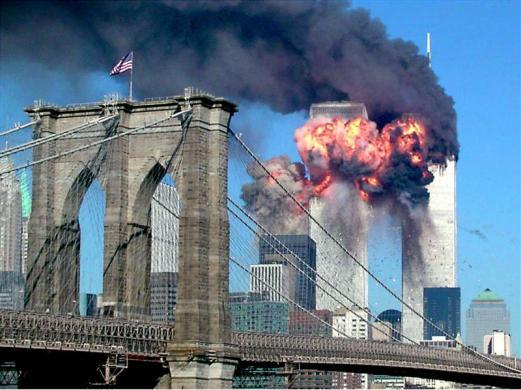 The 9/11 Commission was crystal clear about the ways that failures of the immigration system enabled not only the 9/11 terrorists, but others, to enter the United States and embed themselves as they went about their deadly preparation.  We have seen similar attacks in the years since as I noted in my article, “Reflections On 9/11’S Vulernabilities.”

The report, “9/11 and  Terrorist Travel – Staff Report of the National Commission on Terrorist Attacks Upon the United States.” began with this first paragraph:

That report should be required reading for all journalists and politicians.

Trump’s action is not without precedent.

At that hearing Senator Dianne Feinstein hammered failures of the immigration system more than three years before the attacks of September 11, 2001.  Her testimony included this statement:

I am also concerned that we need to strengthen further our immigration laws and procedures to counter foreign terrorist operations. I have grave reservations regarding the practice of issuing visas to terrorist supporting countries and INS’ inability to track those who come into the country either using a student visa or using fraudulent documents through the Visa Waiver Pilot Program.

In FY 2013 it was estimated by the Congressional Research Service (CRS) that more than 200,000 aliens were denied entry into the United States at ports of entry.

On January 26, 2015, CRS issue a report, “Border Security: Immigration Inspections at Ports of Entry” that began with this paragraph:

About 362 million travelers (citizens and non-citizens) entered the United States in FY2013, including about 102 million air passengers and crew, 18 million sea passengers and crew, and 242 million land travelers. At the same time about 205,000 aliens were denied admission at ports of entry (POEs); and about 24,000 persons were arrested at POEs on criminal warrants.

I have long been concerned about Politics, the Media and False Perceptions About Immigration.  Today, however, given the media’s hostility to President Trump, the true significance of immigration law enforcement has been utterly obfuscated.

That authority is vested with the CBP (Customs and Border Protection) Inspectors.

For aliens who require visas to enter the United States, the visa should be thought of as a “ticket” that gets them to the inspection facility at a port of entry into the United States so that they can be inspected by a CBP inspector who determines whether to admit that alien.

That decision is based on the overarching principle aliens are to be barred from entering the United States if their presence would pose a threat to national security, public safety and/or the overall wellbeing of America and Americans.

I’m intimately familiar with this issue.  For the first four years of my thirty year career with the former INS (Immigration and Naturalization Service) I was an Immigration Inspector assigned to John F. Kennedy International Airport in New York City.  I can tell you from personal experiences, the challenges are daunting. With just a quick interview, they must attempt to not only determine if an alien’s passport and documents are authentic and unaltered by also determine if that aliens has a criminal history or an affiliation with a criminal or terrorist organization by accessing databases.

The inspector must also attempt to determine if an alien seeking entry is likely to violate the immigration laws.  This presents a daunting challenge and as a consequence, it is estimated that more than 500,000 non-immigrant aliens violate the terms of their admission each year.

Aliens who have been issued a visa but appears nevertheless, to be inadmissible, is given the choice of withdrawing his/her application for admission and returning to the country from which they came or opt for a hearing before an Immigration Judge.

Depending on the determination of risk of flight, that alien may be permitted to leave the airport and is then provided with a notice as to when and where to appear for an immigration hearing, or may be taken into custody, when it is believed that the alien presents a significant risk of flight or poses an apparent threat to public safety or national security.

The significance of our immigration laws and the importance of the inspections process conducted at ports of entry was my focus on March 20, 2013 when I testified before the Senate Judiciary Committee at a hearing on the topic,  “Building an Immigration System Worthy of American Values.”

In addition to Border Patrol agents and support personnel the CBP employs more than 20,000 CBP (Customs and Border Protection) inspectors who are assigned to the 325 ports of entry located along America’s land border ports, seaports and international airports.  (This goes back to my often noted point that the United States does not have just four border states – those states that lie along the U.S./Mexican border, but has 50 border states.)

The mission of CBP is, indeed, one of great importance.  That agency’s Mission Statement includes this excerpt:

With more than 60,000 employees, U.S. Customs and Border Protection, CBP, is one of the world’s largest law enforcement organizations and is charged with keeping terrorists and their weapons out of the U.S. while facilitating lawful international travel and trade.

The men and women of CBP are responsible for enforcing hundreds of U.S. laws and regulations. On a typical day, CBP welcomes nearly one million visitors, screens more than 67,000 cargo containers, arrests more than 1,100 individuals, and seizes nearly 6 tons of illicit drugs. Annually, CBP facilitates an average of more than $3 trillion in legitimate trade while enforcing U.S. trade laws.

While U.S. citizens may never be prevented from entering the United States, aliens have the burden of providing proof, to the satisfaction of the CBP inspector, that they will not violate the terms of the admission that are determined by the category for visa that they have been issued.

There are two categories of aliens: immigrants and non-immigrants.  Yet politicians incite the demonstrators by referring to all foreign nationals as “immigrants” thereby intentionally ignoring this important distinction.

Non-immigrants are aliens who have not abandoned their domiciles in their home countries and seek entry into the United States for a temporary period of time.  Examples of such non-immigrants include tourists, foreign students, foreign journalists and aliens with temporary work visas.

Immigrants are aliens who have been issued immigrant visas are lawfully admitted for permanent residence and are issued Alien Registration Receipt Cards and are the pathway to citizenship.

President Trump is acting responsibly and decisively to protect America, Americans and indeed, all present in the United States. The open-borders immigration anarchists are in a frenzy having become accustomed to the suicidal open borders policies of the Obama administration.

A version of this piece also appeared on http://www.frontpagemag.com/