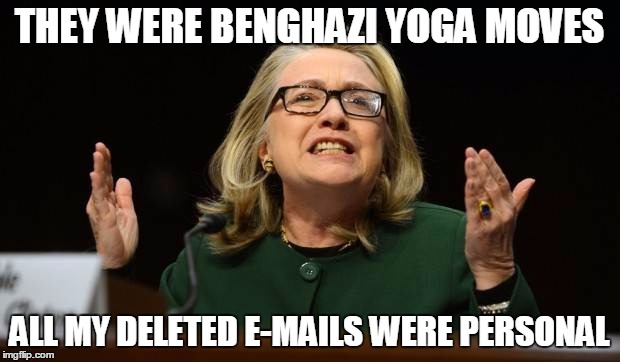 The State Department revealed Benghazi related material was found in searches of the approximately 14,900 deleted Hillary Clinton emails recovered by the FBI that were sent to State as potentially work-related.

In March 2015 Hillary Clinton said she chose to delete only her personal emails:

“E-mails about planning Chelsea’s wedding or my mother’s funeral arrangements, condolence notes to friends, as well as yoga routines, family vacations, the other things you typically find in inboxes. No one wants their personal e-mails made public, and I think most people understand that and respect that privacy.”

BE CAREFUL OUT THERE … 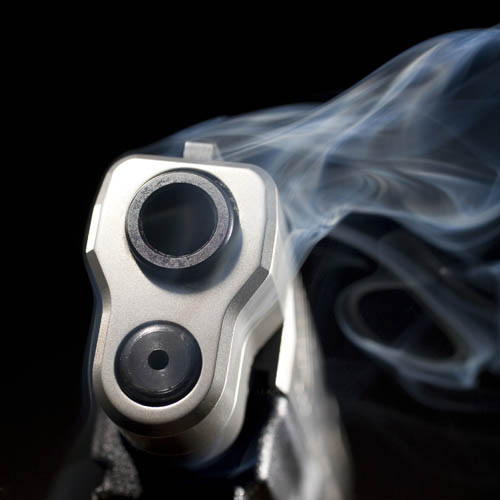 The same people who want you to believe that man-caused global warming is real want you to believe Hillary Clinton has done nothing wrong. It’s called suspension of disbelief. At the moment Clinton is attempting to bury Donald Trump in negative ads. It is a typical Clinton tactic – a smokescreen meant to cloud the truth about the degree of Clinton corruption which is so baldly evident. Nothing epitomizes that corruption as this article:

Emails just released by the State Department appear to show Clinton Foundation officials brokering a meeting between then-Secretary of State Hillary Clinton and a top military leader of Bahrain — a Middle Eastern country that is a major foundation donor. Soon after the correspondence about a meeting, Clinton’s State Department significantly increased arms export authorizations to the country’s autocratic government, even as that nation moved to crush pro-democracy protests.

In a statement quoted by the Wall Street Journal, a Clinton spokesperson, Josh Schwerin, said of the newly released correspondence: “The fact remains that Hillary Clinton never took action as secretary of state because of donations to the Clinton Foundation.”

The emails, which were obtained through a lawsuit by the conservative watchdog group Judicial Watch, detail how foundation operations and State Department business intersected, even though they were supposed to be walled off from one another. Last week, Clinton’s campaign said the foundation would stop accepting foreign government donations if she is elected president — but did not explain why it accepted that money while Clinton was America’s top diplomat.