The Teflon Don and his ugly Frau appear to be bulletproof.

Hate to say it folks but this article clearly demonstrates that the fix is in. 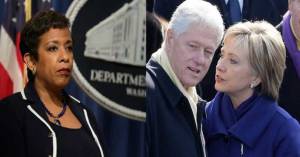 Untold thousand of dollars were spent investigating this sow.

Agents were  forced to sign extensive nondisclosure agreements so they may never talk about the investigation.

If Hillary Clinton is installed in the White House in 2017 the country will continue on it’s woeful economic tailspin.

Remember as New York Yankee Hall of Fame catcher was fond of saying, “It ain’t over till it’s over.”

Ya just got to have a little faith on this one, “EVIL,” will not prevail.

Agents have told reporters that an “inside deal… 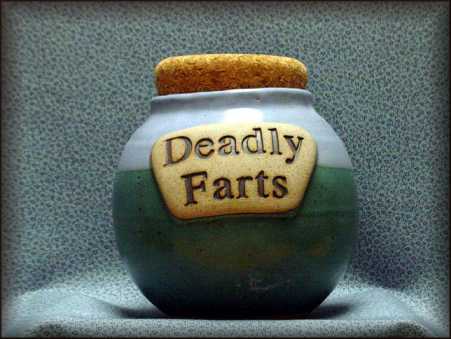 The plan: feed beans to Democratic National Convention delegates for Bernie Sanders, and send them into the Philadelphia convention hall to show what they think of the former secretary of state.

Sanders-supporting organizers of the odious protest also are unswayed by the Vermont senator’s Tuesday endorsement of Clinton and will push ahead. 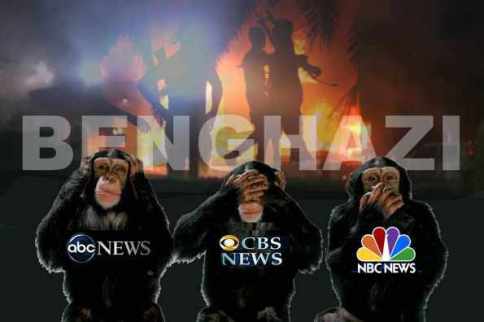 The report from the House Benghazi Committee discloses a previously unknown but incredibly instructive footnote to the story of the Obama administration’s disastrous foreign policy toward Libya’s Moammar Gadhafi.

It was Gadhafi loyalists who rescued the Americans who bravely fought for their lives through the night of Sept. 11, 2012 against the Islamist onslaught on the Benghazi Mission compound.

The Salafi-jihadist Muslim Brotherhood-inspired groups – whom the U.S. trained, equipped and supported in overthrowing and assassinating Gadhafi – actively participated in the assault and murdered Ambassador Chris Stevens and three other Americans.

Why did former Gadhafi elements, who disappeared underground for fear of assassination after he fell, assist the same government that had betrayed them only months earlier?

Like their former boss, they understood the need to defeat the common Islamist enemy of the U.S. and Libya. Gadhafi warned me of the true threat to global stability when I met with him on three occasions during the 2000s.

END_OF_DOCUMENT_TOKEN_TO_BE_REPLACED

Politicians have a well-earned reputation for being sleazy, but a corrupt Florida congresswoman is in a class of her own for suggesting that federal agents could have prevented the Orlando terrorist attack if they weren’t preoccupied investigating her. Last week the veteran lawmaker, Democrat Corrine Brown, and her chief of staff were slapped with a 24-count federal indictment for using a phony education charity as a “personal slush fund.” The disgraced legislator, who is black, also played the race card by comparing her indictment to the recent fatal police shootings of two black men that have ignited nationwide civil unrest.

First elected to Congress in 1992, Brown represents Florida’s fifth district which spans from Jacksonville to Orlando. The 69-year-old lawmaker and her trusted assistant, Elias Simmons, used a fake charity that was supposed to give scholarships to poor, minority students to get hundreds of thousands of dollars in cash, according to the feds. Brown used her position as a congresswoman to solicit charitable donations from corporate entities that she “knew by virtue of her position in the U.S. House of Representatives,” according to federal authorities. The money was used to pay for lavish receptions, luxury boxes for a Beyonce concert and a professional football game, repairs to Brown’s car and several vacations. More than $735,000 of the charitable contributions went to pay a close family member for a job in Brown’s office that involved no work, the indictment states.

After getting slammed with charges of mail and wire fraud, conspiracy, obstruction and filing of false tax returns in Jacksonville, the disgraced congresswoman went on a tirade outside the federal courthouse that she proclaimed was built “without minority participation” as if that was relevant to her case. “I represent Orlando,” Brown said. “These are the same agents that was not able to do a thorough investigation of the agent and we ended up with 50 people dead and over 58 people injured,” she said referring to the massacre carried out by terrorist Omar Mateen in an Orlando nightclub. “Same district! Same Justice Department! Same agents!” Brown also said the prosecution is racially motivated and wrote this on her blog: “I’m not the first black elected official to be persecuted and, sad to say, I won’t be the last.”

A political columnist for the Orlando Sentinel countered Brown’s claim that she’s a victim of racism by pointing this out in a piece published this week: “The Justice Department – which happens to be run by a black attorney general who answers to a black president – targets shady politicians, not black ones.” The column also reveals that “Brown is notorious for getting fat wads of campaign cash from the industries she helps regulate.” For instance, Brown sits on the House Transportation Committee and transportation industries-railroads, trucking companies and transportation unions-account for three of her top four industry donors. Let’s not forget that back in 1998 the House Ethics Committee investigated Brown involving several issues, including a $10,000 check she got from a Baptist official in legal trouble and a pricey car her daughter got from one of the congresswoman’s millionaire Florida pals embroiled in a bribery scandal.

Another interesting tidbit is that the president of Brown’s phony nonprofit, Carla Wiley, pleaded guilty earlier this year to conspiracy to commit wire fraud surrounding the scam. As part of the plea she agreed to cooperate with investigators, so Brown is probably in a boatload of trouble. Under the deal Wiley admitted to conspiring with an unnamed public official-referred to as “Person A”-who used an “official position to solicit contributions to One Door for Education and to induce individuals and corporate entities to make donations to One Door for Education based on false and fraudulent representations that the funds would be used for charitable purposes.” Instead, federal investigators revealed at the time that the money went toward personal gain for the co-conspirators.