Britons had better learn to like watching their civilization be eradicated so that Islam can expand — or failing that, at least be quiet about it. Otherwise the same government that pays Muslims to colonize and explosively reproduce will throw them in prison:

British police have promised not to tolerate any speech that could cause offence on social media regarding Syrian migrants, after arresting a man for Facebook comments made about recent arrivals on his small Scottish Island.

The tiny Isle of Bute in the Firth of Clyde, which had a total population of just 6,498 in 2011, is expected to take in around 1,000 Syrian migrants, with 12 families already arriving since December last year.

Some have dared not to be enthusiastic about having their community fundamentally transformed by the importation of a large, hostile underclass. These recalcitrant subjects must be kept quiet.

Police have confirmed they have arrested a 41-year-old local man under the Communications Act, after receiving a report of a supposedly “offensive” comment made on Facebook regarding the migrants.

A police spokesman was unequivocal, that any harsh criticism of the Muslim influx would not be “tolerated”. Inspector Ewan Wilson from Dunoon police office told the Guardian following the arrest:

“I hope that the arrest of this individual sends a clear message that Police Scotland will not tolerate any form of activity which could incite hatred and provoke offensive comments on social media”.

This ham-fisted approach to squashing dissent on social media is already well established on the continent, for example, in Holland, Germany, and Denmark.

The leftist authorities can’t prevent an uprising against what they are doing to Europe, but they don’t have to. They only need to stall it for a few years, until there are so many Muslims in Europe that the native population can’t reverse the demographic transformation. To accomplish this, they need to snuff out dissent before it can build momentum. 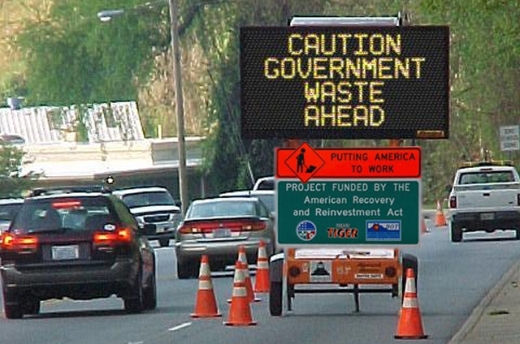 In ancient times, it was known as “Tribute” – a city or town paying barbarians not to attack and destroy their homes.  Sometimes it worked, and the barbarians went away.  But more often than not, the barbarians happily took the tribute and then attacked and looted the city anyway.

The city government of Washington, D.C. is looking to revive the practice by paying criminals up to perhaps $9,000 a year not to commit any crimes.

Under the bill, city officials would identify up to 200 people a year who are considered at risk of either committing or becoming victims of violent crime. Those people would be directed to participate in behavioral therapy and other programs. If they fulfill those obligations and stay out of trouble, they would be paid.

The bill doesn’t specify the value of the stipends, but participants in the California program receive up to $9,000 per year.

Councilmember Kenyan McDuffie, a Democrat who wrote the legislation, said it was part of a comprehensive approach to reducing violent crime in the city, which experienced a 54 percent increase in homicides last year. Homicides and violent crime are still down significantly since the 2000s, and even more so since the early 1990s when the District was dubbed the nation’s “murder capital.”

McDuffie argued that spending $9,000 a year in stipends “pales in comparison” to the cost of someone being victimized, along with the costs of incarcerating the offender.

“I want to prevent violent crime – particularly gun violence – by addressing the root causes and creating opportunities for people, particularly those individuals who are at the highest risks of offending,” McDuffie, a former prosecutor, said in a letter to constituents last week.

Democratic Mayor Muriel Bowser has not committed to funding the program, which would cost $4.9 million over four years, including $460,000 a year in stipend payments, according to the District’s independent chief financial officer. Without the mayor’s support, it would be up to the Council to find money for it through new taxes or cuts to existing programs.

The program would be run independently of the police department, and participants would remain anonymous. Its goal would be to recruit people who are at risk of violence but don’t have criminal cases pending.

How will modern-day barbarians respond?  Probably the same way the Visigoths or the Mongols responded: if your city was a sitting duck and they could attack without severe losses, you were toast.

If someone is predisposed to committing violent crime, he will refrain from doing so as long as he believes he will be caught and punished.  But if he thinks he can get away with it, I suspect no matter what behaviroal classes he has attended, he will go ahead and offend.

Perhaps D.C. should take that money and hire more police rather than pay a tribute to barbarians, at whose mercy D.C. residents will be.

I have become extremely sceptical of all that takes places in modern culture and am thus looking at the sudden death of Supreme Court Justice Antonin Scalia with more than a hint of suspicion. How convenient that one of the most conservative members of the Supreme Court, the one that’s been an open sore to the Obama administration throughout its tenure, just lies down and dies, thus creating a vacancy on the court that could have ramifications for America’s future too depressing to contemplate.

What’s more, the decision by Texas judge Cinderela Guevara that an independent autopsy was ‘unnecessary’ stinks to high heaven, given what’s at stake

It’s a scenario straight out of a John le Carré novel: A sitting president in his final days trying desperately to create a lasting legacy, one that fulfills his promise of the “fundamental transformation of America,” manages to keep that promise by filling the unexpected vacancy on the court by appointing a justice that forever changes the balance between conservative and liberal interpretations of American jurisprudence.

And true to form the Obamites jumped on this opportunity with both feet. The first words coming from the administration after the obligatory expressions of sadness was a declaration of a Democrat Senate Resolution to the contrary, Obama was preparing to name a new justice to the Court ‘in due course. At the top of his short list is the name Sri Srinivasan, a justice department functionary whose political views make Ruth Bader Ginsberg look like a right-wing kook.

One would think that any presidential administration would stay as far away as possible from anything that might remotely smell like skulduggery. But the Obama Administration, whose devotion to the Alinskyite concept that the end justifies the means, would have no such compunction. Additionally, the three main elements of murder i.e. means, motive and opportunity, are clearly in play.

END_OF_DOCUMENT_TOKEN_TO_BE_REPLACED

Yogi Berra once said, “It’s déjà vu all over again.” His peculiar linguistic pronouncements certainly fit regarding the circumstances surrounding the demise of Supreme Court Justice Antonin Scalia. The facts so far are even muddier than they were when President John F. Kennedy was assassinated. But here we are again and there’s enough mystery here to get Sherlock Holmes salivating.

Even now, the sense of conspiracy about that day in Dallas is highly palpable. But back then, all we knew was the president had been assassinated after being shot in the head. Investigators began to see problems with the official version almost instantly even though it would be years before the public was shown the Zapruder film. That’s when the polls showed that 75% of the population came down on the side of conspiracy.

In the case of Justice Scalia, things just are not adding up. It’s difficult to know what website or blog to believe, except to stick with the most credible ones. Many sites are reporting that a judge, Presidio County Judge Cinderella Guevara, declared Scalia dead from a heart attack, but did so without even heading to the ranch where he passed away and to investigate.