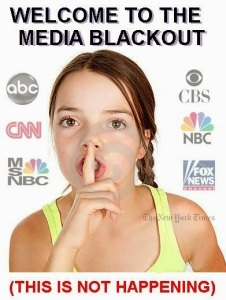 Who voted for an immigration policy whose purpose is to change the racial, ethnic and cultural make-up of the United States? That is exactly what the Kennedy Immigration Bill of 1965 was designed to do and just what it has done.

Who voted for open borders and constant calls for amnesty for anyone who can drag themselves across the border? Has anyone else noticed that the estimate of how many illegals are in the United States has been stuck at 11 million for at least the last 11 years?

Who voted for anchor babies automatically gaining citizenship? This has led to birth tourism wherein pregnant women from all over the world fly in, have their babies, go home, and then Uncle Sugar is on the hook for these babies the rest of their lives. This entire fraudulent practice is based on a blatant misinterpretation of the 14th amendment. The correct interpretation based on original intent is readily available for anyone who can click a mouse.

Contrary to the common knowledge of everyone successfully programed by the Corporations Once Known as the Mainstream Media and the public indoctrination centers once known as schools anchor babies are not found anywhere in the constitution. In fact they didn’t even exist until 1982 when Justice Brennan slipped them into the footnote of a Supreme Court decision. Notice I didn’t say into a Supreme Court decision. It is found only in a footnote.

And contrary to Bill O’Reilly and many other armchair lawyers this could be corrected without a constitutional amendment. All that is needed is a law which clarifies that Justice Brennan’s footnote does not carry the force of law.It’s kind of a no-brainer when you think about it.

Who voted for unlimited and unregulated abortion on demand? In 1973, the rogue Supreme Court out to remake America by fiat declared in Roe v. wade that all state laws regulating abortion were unconstitutional. Since that red letter day the blood of more than 57 million babies stains the hands of America. Our babies have been dismembered in the womb and had their skulls pierced with scissors as they were being born. Their bodies have been tossed like garbage into landfills, flushed down toilets, and sold for their organs.

Who voted for restricting the rights of lawful citizens to keep and bear arms? Over and over we hear about commonsense gun laws. Every one of these proposals does nothing to stop criminals from getting guns. They are criminals, so breaking the law is what they do. All of these proposals have just one result: they restrict the rights of law abiding citizens since they are the only ones who follow the laws.

When the Bill of Rights was added to the Constitution it was because the so-called Ant-Federalists refused to ratify the document without these first ten amendments. The statements of the Framers as enumerated in theFederalist Papers and the demands of the opposition as enumerated in the Anti-Federalist Papers makes it clear that the 2nd Amendment was meant to give the people the right to defend themselves against personal attack and against tyranny. Criminals love unarmed victims and tyrants love citizens who cannot resist their authority.

Who voted for ObamaCare which destroyed the best healthcare system ever known to man and after six years we are told there are just as many people without insurance as there were before? Polls before its passage and since have consistently shown that the majority of the American people do not want this train wreck of a law. Yet despite our best efforts to make our opposition known this is shoved down our throats like a horse pill that chokes a patient to death before we find out it is really a placebo.

Who voted for our president to bow before despots and dictators? Never before in History has an American president bowed before a foreign leader or anyone else. Until the revolutionary presidency of Barack Obama it would have been considered shameful. No one ever imagined it would happen. Under the man determined to take America down a peg or two it hasn’t happened, once or twice or even three times. On eight separate occasions our president has bowed before foreigners not only showing his respect for them but also showing his contempt for us.

Who voted for the Fed to pump trillions of fiat money into Dodd-Frank banks too big to fail? Since the crash of 2008 the Federal Reserve has been printing money at an unprecedented rate. Where has all this monopoly money gone? To the banks too big to fail, of course, through the happy-go-lucky-how-can-this-ever-fail money machine known as Quantitative Easing. What a friendly sounding name for a galloping printing press. All this supposed money is adding to the national debt and still no inflation. I think someone should tell the geniuses at the Fed what inflation is: more money chasing the same number of goods. No inflation means no raises for anyone except the plutocrats who run the crony capitalist institutions and the government people who print the money. No inflation, right. Has anyone been to the grocery store recently?

Who voted for an economy that instead of recovering has plateaued at a new normal with over 90 million able bodied people out of the work force, only slightly more than 122 million working, and a government that calls this full employment? The government’s own statistics show that approximately 62% of the workforce is working. To me that looks like 36% aren’t working. Full employment is generally accepted as meaning, “The condition in which virtually all who are able and willing to work are employed.” Does anyone see a problem with this picture?

Who voted for any of this?

Oh, wait a minute. Anyone who has voted for a Democrat in the last fifty years voted for all of this.

One thought on “Who Voted For That?”