A year after fierce opposition disrupted a contentious plan to use American military bases as shelters for illegal immigrants, the Obama administration is quietly working to make it happen and six facilities throughout the nation are currently being considered.

Under the plan the military installations would house droves of under-aged illegal immigrants, officially known as Unaccompanied Alien Children (UAC), who have entered the country from Central America in the last two years. Most have come from El Salvador, Guatemala and Honduras and they’re being relocated to states across the nation to make room for more in the overwhelmed Mexican border region. Judicial Watch has covered the crisis extensively and in 2014 reported that a hangar at Ft. Bliss in El Paso, Texas was being covertly used as an illegal alien processing center for UACs. At the time the administration was under fire for using three military installations— Lackland Air Force Base in San Antonio, Ventura County Naval Base in southern California and Ft. Still Army Base in Oklahoma—to process the barrage of illegal immigrant youths that had crossed into the U.S. through Mexico.

Now the administration has revived its controversial idea to house UACs in active military facilities. The Pentagon quietly notified lawmakers from the jurisdictions where the bases are located during the holidays when things are slow and many take vacation. One of them is Alabama Congresswoman Martha Roby, who like many of her colleagues is outraged. Roby has made the Department of Defense (DOD) notice, delivered via electronic mail, public. It’s signed by Matthew Rhoades, a legislative affairs policy chief to the Secretary of Defense, and says that six DOD facilities were being assessed this month for use “as a temporary shelter for unaccompanied children.” The installations on the short list are Maxwell Air Force Base in Congresswoman Roby’s Alabama district, Tyndall Air Force Base in Florida, Grand Forks Air Force Base in North Dakota, Naval Support Activity in Pennsylvania, Hanscom Air Force Base in Massachusetts and Travis Air Force Base in California.

The Pentagon notice says that the Office of Refugee Resettlement (ORR) at the Department of Health and Human Services (HHS) is “expanding its capacity to provide shelter for the current influx of Unaccompanied Children at the U.S. Southern Border.” An increase in shelter capacity is a prudent step to ensure ORR meets its “statutory responsibility” to provide the illegal immigrant youths with shelter, the document states. Besides the military bases, HHS is also activating two federal facilities in the next few months to house UACs. The first is an 800-bed facility that will open in Homestead, Florida in February and the other is a 1,000-bed facility in Lakewood, Colorado that will begin taking UACs in April.

Roby has vowed to fight the plan to bring detained illegal alien minors to Maxwell-Gunter Air Force Base as she did a year ago when the administration first considered it as a UAC shelter. “This is a terrible idea,” the congresswoman writes in a Montgomery newspaper piece published this week. “Our active military installations have very important jobs to do,” Roby writes. “At Maxwell-Gunter, that includes things like training, education and cyber activities, many times in classified settings that are very sensitive. There’s no question in my mind that forcing our base to house and secure hundreds of illegal minors would negatively impact the mission. We cannot allow that to happen.”

Congressional Republicans are sending an early warning to the Defense Department that its plan to close Guantánamo Bay would break the law.

“No matter how hard the President wishes it wasn’t the case, transferring dozens of dangerous terrorists to any domestic location is illegal,” Republican Sens. Cory Gardner (Colo.), Pat Roberts (Kan.) and Tim Scott (S.C.) said Friday. “Moving the detainees to South Carolina, Kansas or Colorado will not lead to even the smallest change in the beliefs or propaganda of radical Islamic terrorists.”

They added that the President Obama’s push to create a “Gitmo North” location within the United States makes the country less secure.

Sen. Kelly Ayotte (R-N.H.) added, separately, that any push to bring detainees into the United States would “represent a blatant and serious violation of the plain language of the law.”

END_OF_DOCUMENT_TOKEN_TO_BE_REPLACED

Thirteen Hours: The interview with Kris Pronto who with his brothers disobeyed orders and rescued many at the outpost called Benghazi.

Could this film by Michael Bay actually become a documentary on our government’s attempt to cover up this horror through numerous Hillary Clinton interviews along with others that only the soldiers who survived will know the reality?

Had they not show such heroism Hillary’s lies may have been taken with her to her grave. 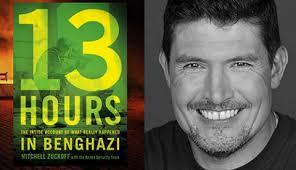 “When everything went wrong, six men had the courage to do what was right,” they disobeyed their orders and got to the annex to save lives.

We the People by the U.S. Constitution are the stewards of our legislators, when was the last time they saw it that way?

Kris Paronto fought in three fire fights as part the CIA annex security team that responded to the terrorist attack on the US Special Mission in Benghazi, Libya, September 11th, 2012, helping to save over 20 lives while fighting off terrorists from the CIA Annex for over 13 hours.

Mr. Paronto’s story is told in the book “13 Hours” written by Mitchell Zuckoff 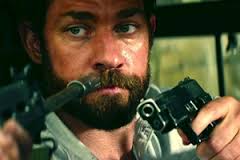 After listening and viewing the interview above, can we ever trust anything that comes from this administration?

Likely the most interesting proof of the duplicity of the United States State Department with Hillary Clinton and likely Obama’s cove up.

There is one plausible answer, they wanted all involved to die.

What happened even before the attack on the outpost, the CIA had shipped arms to Syria and that was a story that could never be told.

Hillary and Obama both must be tried for treason during time of war.