Jesus Christ has had to go into hiding in our schools today, while Prophet Muhammad roams the halls freely.

In the U.S., the media mocks those who make their Christian practices public-such as praying for victims of terrorism or young people committing to abstain from sexual relations until married. Yet that same media attacks those voicing concerns about terrorism’s link to Islamic beliefs as being Islamophobic.

In America, we see a nation so intimidated by political correctness that people in positions of responsibility make illogical decisions concerning the observation of a Christian holiday.

END_OF_DOCUMENT_TOKEN_TO_BE_REPLACED 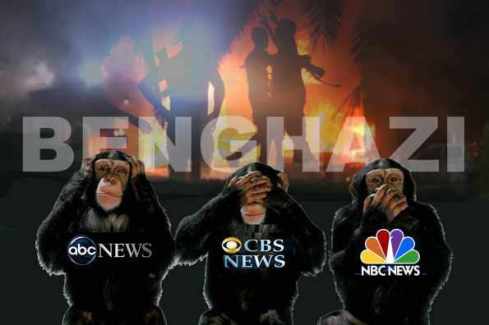 Then-Secretary of State Hillary Clinton slept in on Saturday following the Benghazi, Libya attacks, missing a staff meeting that was being set up about intelligence issues and the Presidential Daily Brief, according to a new batch of her emails released Thursday by conservative watchdogs Judicial Watch.

“These new Benghazi emails are disturbing and show why Hillary Clinton and the Obama administration had to be forced to disclose them,” said Judicial Watch President Tom Fitton in a release to Newsmax.
“Hillary Clinton, despite knowing that terrorists were responsible for the attack, allowed her spokesman to go to the Arab world and blame an Internet film.”

Further, he maintained that the emails show Clinton “trafficked in fantastical conspiracy theories” suggesting that American conservatives and Israel were to blame for the Benghazi attack and jihadist violence.

“And the crazed email from Sidney Blumenthal shows that she was taking direction on her Benghazi spin based upon attack-style presidential campaign politics,” said Fitton.

“Finally, the ‘I just got up’ email shows that, smack dab in the middle of the Benghazi crisis, Hillary Clinton fell behind and may have not been fully briefed as she began an intense round of phone calls to foreign leaders.”