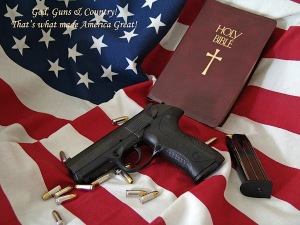 Tennessee Lt. Gov. Ron Ramsey said in a Facebook posting Friday that “fellow Christians” should consider getting a handgun carry permit after the mass shooting in Oregon.

Survivors told authorities the gunman demanded at least some of the victims state their religion before shooting them at a community college.

“I would encourage my fellow Christians who are serious about their faith to think about getting a handgun carry permit,” Ramsey wrote. “I have always believed that it is better to have a gun and not need it than to need a gun and not have it. Our enemies are armed. We must do likewise.”

At least one lawmaker joined those rejecting the posting.