Looks like the Marxist architect of Obamacare also had a major say in putting forth the Iran Deal. Robert Creamer was convicted in 2005 for tax violations and bank fraud. He served time and was under house arrest. While in prison, he crafted the core underpinnings of Obamacare. Creamer is a political consultant who is very close to Barack Obama and is married to Jan Schakowsky, the Marxist Congresswoman from Illinois.

While on the inside, he wrote, Listen to Your Mother: Stand Up Straight! How Progressives Can Win. Obamacare was only the first major step in a radical Marxist battle plan. Next came Amnesty for illegal aliens, which is ongoing. Yeah, that’s right… Creamer was behind that too.

END_OF_DOCUMENT_TOKEN_TO_BE_REPLACED 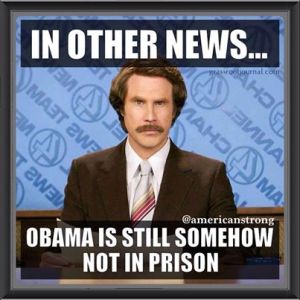 You may not realize that, when U.S. Navy SEALs showed up at Osama bin Laden’s hideout for the purpose of putting a bullet in his brain, they also carried off a sizeable number of documents pertaining to Al Qaeda’s operations around the world, including information about which nations provide substantial support in the form of both financing and access to territory, training facilities and so on.

I’ll give you one guess which country was a prominent supporter. I’ll give you a hint: Obama and Kerry recently negotiated a deal with this country that relieves it of economic sanctions while making it much easier for it to cheat on inspections of nuclear weapon facilities it is not supposed to have. Any country coming to mind?

Obama is now in possession of extensive documentation concerning the Iran-Al Qaeda nexus, but don’t expect to see it any time soon. As the Wall Street Journal reports, Obama refuses to make most of these documents public:

END_OF_DOCUMENT_TOKEN_TO_BE_REPLACED

On the third anniversary of the Benghazi terrorist attack, emails reviewed by Fox News raise significant questions about US government support for the secret shipment of weapons to the Libyan opposition.

During the Spring of 2011, as the Obama administration ramped up efforts to topple the Libyan dictator Muammar Gaddafi, a licensed American arms dealer, Marc Turi, his business partner formerly with the CIA, senior US military officials in Europe and Africa as well as a former staffer for republican Senator John McCain considered logistics for arming the rebels, according to the emails exclusively obtained by Fox Business and Fox News.

Turi is facing federal trial this December on two counts that he allegedly violated the arms export control act by making false statements. Turi denies the charges, and alleges there was a rogue weapons operation run with the knowledge of Mrs. Clinton’s state department.

The email dated March 22, 2011 was sent by Admiral James Stavridis, when he was the Supreme Allied Commander Europe, from his government email account to Turi’s business partner David Manners.

The email was also copied to General Carter Ham, then head of the defense department’s Africa command. Stavridis vouches for Manners as a United States Naval Academy classmate and “former CIA Officer with deep connections throughout the near Middle East.”

“The person in charge of the operation from a US DoD perspective is General Carter Ham, the commander of AFRICOM…Clearly, what you are describing is a State Department lead”

– March 2011 Email, Admiral James Stavridis, SACEUR
Also copied on the email is Mike Kostiw who worked for Senator John McCain until February 2011 on the Senate Armed Services committee. It is not known from the emails reviewed by Fox whether the parties responded, or whether others were brought into the discussion.

Stavridis tells Manners “The person in charge of the operation from a US DoD perspective is General Carter Ham, the commander of AFRICOM…Clearly, what you are describing is a State Department lead.” 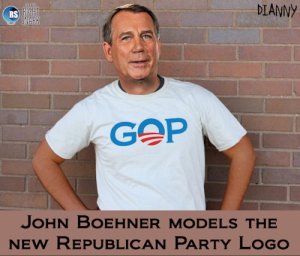 There are no “Patriots of Congress”. No one in Congress will speak out and call for an investigation or impeachment of Obama. . .. . .no matter what he does. All they do is talk. Congress could have stopped the disaster of Obama before it began if just ONE had stopped the first swearing in by asking for an investigation into the candidate who was hiding virtually everything.

Congress is Complicit in the Obama fraud, all of them at some level, and many at the highest possible levels. This is why they do NOTHING. . …their most important job now is to insure Obama gets over the finish line in 2017 still officially considered a legitimate president. Nothing else matters!

Congress protects Obama to protect themselves and they have been since he was sworn in back in 2009.

Fourteen years after 9/11, the U.S. government maintains a robust “stonewall of official secrecy” to hide droves of documents that would likely expose incompetence inside the nation’s intelligence agencies and deceptive relations with foreign governments.

A key portion of the information that was withheld by President George W. Bush has been kept hidden by President Obama so this is not a partisan issue, but rather an ongoing effort by the government to keep the truth from the public. The alarming details are provided in a hard-hitting news article published by a nonprofit journalism watchdog on the 14th anniversary of the worst terrorist attack on U.S. soil. Among the information that long ago should have been made public are 28 blanked-out pages in Congress’s 2002 inquiry into the attacks regarding “foreign support for the hijackers” – read Saudi Arabia.

Additionally thousands of significant records that should be available to the public after all these years remain off limits, including information that was provided to the 9/11 Commission for its 585-page report on the attacks that killed thousands. The Vice Chairman of the 9/11 Commission, Lee Hamilton, was quoted in the story saying that he was “surprised and disappointed” that the documents remain hidden. “I assumed, incorrectly, that our records would be public,” Hamilton said. “All of them, everything. I want those documents declassified. I’m embarrassed to be associated with a work product that is secret.”

END_OF_DOCUMENT_TOKEN_TO_BE_REPLACED

Here is an explanation of the difference between the terms ISIS and ISIL.

I have been curious about the term ISIL and exactly what it means.

ISIS = Islamic State of Iraq and Syria. Iraq is to the east of Jordan (shaped like the hatchet) and Syria is to the north.

ISIL = Islamic State of Iraq and the Levant. Iraq is still to the east of Jordan, and “the Levant” is a term that comes from “the rising (of the sun, i.e., to the east)” – and is basically the land along the Mediterranean – that includes Lebanon, Israel, and those countries along there.

By saying ISIL, you “negate” Israel as its own country and lump it in with the rest of the countries along the Mediterranean – and Israel sort of disappears (loses its sovereignty) and becomes part of “the Levant ” – which is therefore part of ISIL.

If you’ve wondered, as I have, why all government agencies and especially Obama calls it ISIL and even spells it out every time it’s used, instead of ISIS as the rest of the world here’s the answer.

In one press conference after another, when referring to the Muslim terror super-group ISIS, United States President Barack Obama will use the term ISIL, instead of their former name ISIS, or current name Islamic State.

Have you ever wondered about that? Here is the difference:

What makes up the near exact center of  the Muslim Levant ?  Israel.

ISIL stands for the Islamic State of Iraq and Levant.

Now, to us Westerners we don’t really make much of a distinction, do we?

No, honestly from our perspective it’s all about the same. But how would a Muslim living in the Middle East view it?

Just what is the Levant anyway? Let’s take a look.

The geographical term LEVANT refers to amulti-nation region in the Middle East. It’s a land bridge between Turkey to the north and Egypt to the south.

If you look on a map, however, in the near exact middle of the nations that comprise the Levant, guess what you see? Come on, guess!

****When Barack Obama refers over and over to the Islamic State as ISIL, he is sending a message to Muslims all over the Middle East, that he personally does not recognize Israel as a sovereign nation, but as territory belonging to the Islamic State.

Now you know why Obama says that he has no plan, no goal, and no stated aim for dealing with ISIS.

Listen as Obama and his press secretary and the spokesperson for the State Department and his Joint Chiefs of Staff painstakingly spells out the letters I-S-I-L so there is no doubt in your mind.

The Islamic State has garnered millions of dollars, a vast cache of weapons, and in their latest foray have captured Syrian fighter jets and now 12 commercial passenger planes.

With each passing day that Obama fulfills his stated aim of doing nothing, the Islamic State grows by leaps and bounds. The ultimate goal, of course, has not changed and will never change.

The ultimate goal is the destruction of Israel.

Now you know a little bit more about why Obama chooses his words so carefully.