How did we fall so far so fast?

W made his share of mistakes, but he wouldn’t have supplied our terrorist enemies with nuclear weapons in a million years.

It is incomprehensible how people could have so little respect for their country and for themselves as to deliberately choose the path we are now on. 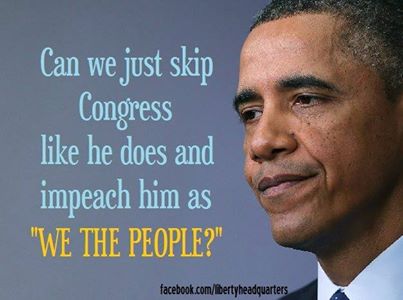 Between 1,500 and 2,000 Syrian refugees have been brought to the United States this year. Barack Obama has announced that he will take in 10,000 as early as next month, that is up from 5,000. The problem is that we have no way of vetting them, almost all are Muslims and 75% are men of fighting age.

This is at a time when a global jihad is taking place and jihadists of all stripes have promised to consume the West.

At a briefing at the White House on Thursday, press secretary, Josh Earnest, said the United States would “accept at least 10,000 refugees in the next fiscal year,” which begins Oct. 1.

Earlier, Secretary of State John Kerry, said at a closed-door meeting on Capitol Hill that that the total number of refugees taken in by the United States could rise to more than 100,000, from the current figure of 70,000. State Department officials said that not all of the additional 30,000 would be Syrians, but many would be.

Josh Earnest said that 100,000 figure cited by Kerry is a misunderstanding because the screening takes 18 to 24 months. The FBI Director Jim Comey said there is no way to vet them.

According to the New York Times, the United Nations High Commissioner for Refugees has already referred 18,000 cases to the United States for resettlement. Many are torture survivors, people with special medical needs, and women who head households, more than half are children. They will all require government assistance.

In the last five years, we have taken in 115,000 refugees from more than 70 countries, mostly in the Middle East and Africa and an overwhelming number have been Muslim.

Not every refugee is fleeing terror. Some are terrorists and we can’t determine who they are. They don’t have records and they come on the honor system.

In the past 40 years, the United States accepted more than 70% of the refugees who sought asylum, that’s 70% of all the world’s nations. More than 90% live off some kind of government subsistence and 100% are offered full benefits.

President Obama hiked to Exit Glacier in Alaska last week, with photographers in tow, to send the world a message: The glacier is melting.

Obama blames it on the increasing use of fossil fuels such as coal, oil and natural gas, which he wants to restrict not only in the United States but worldwide. The photo op was designed to build support for an international climate agreement he’s pushing hard to sell, so far with little success.
Trouble is, the president needs to get his facts straight. Exit Glacier has been shrinking for 200 years – since 1815 – long before widespread industrialization and automobiles. As the president ended his trip, he sounded the alarm again: “This state’s climate is changing before our eyes.”

News flash, Mr. President: Alaska has been buffeted by cyclical swings in climate for thousands of years. That’s true for the rest of the world, too. There was a 300-year-long Medieval heat wave, followed by a Little Ice Age that began around 1300, and then the 300-year warming period we’re in now.