Pro-amnesty progressives like Bleb Bush accuse Donald Trump of being “divisive” for associating illegal immigration with crime. The same stone could be thrown at fellow moonbats:

Did Donald Trump overstate the level of crime committed by illegal immigrants? Not according to the ACLU, the National Council of La Raza, the New York Times, and the Social Security Administration (SSA).

END_OF_DOCUMENT_TOKEN_TO_BE_REPLACED 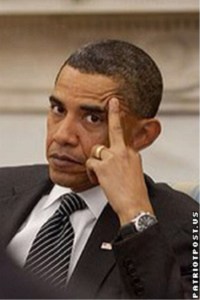 Not just socializing, I should note, but socializing in public, an implicit reminder to the DOJ and intelligence community that Hillary Clinton’s prospects are important to him and his party. When was the last time the subject of an FBI investigation that’s on the front page of newspapers across the country got to party with the president the same week?

This is Obama fully embracing the DGAF atmosphere of the end of his second term. Who cares if there’s an appearance of impropriety here? What are you going to do, impeach him?

The Obamas have known Jordan and his wife, Ann, for 20 years. Jordan served as a close adviser to President Bill Clinton, who was also in attendance, during his time in office…

Earlier in the day, Obama hit the links with the former president and birthday boy Vernon Jordan at Farm Neck, where Obama has spent much of his time since arriving on the island last weekend. Former U.S. Trade Representative Ron Kirk rounded out the foursome.

END_OF_DOCUMENT_TOKEN_TO_BE_REPLACED 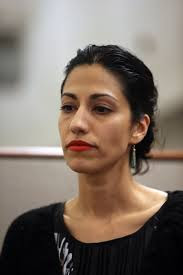 It all starts with the father of Huma Abedin, Sayed Zaynul Abedin, and this Journal paid for by the Al Saud dynasty in Saudi Arabia.

Huma Abedin served on the board of the Institute for Muslim Minority Affairs for many years at the same time she worked for Hillary Clinton.

END_OF_DOCUMENT_TOKEN_TO_BE_REPLACED

Jeanine Pirro must have been a great prosecutor. Here she lays out the case for the criminal prosecution of Hillary Clinton:

If we still have rule of law in this country, Shrillary will soon be on her way to a federal penitentiary.