Mark Levin brought up an important issue last night. He’d like to know where the Republicans are. We do not have any opposition to the Obama agenda – none. Levin spent several minutes on Mitch McConnell, Senate Majority Leader.

“We gave Republicans a super majority in Congress and what have they done with it? The disgraceful, pathetic Mitch McConnell goes on ABC News This Week with George Stephanopoulos, the disgraceful, discredited, phony journalist. Clinton bagman, Clinton hack, seeks to give the man credibility,” Levin said.

McConnell doesn’t have credibility so he can’t confer any of his own.

McConnell is proud of himself, Levin surmises. He’s passing Democratic legislation and the Senate is working.

What has Mitch McConnell done about liberty, about Obamacare, about the border, about the debt, to control the EPA?

What the hell has Mitch McConnell done with his majority in the Senate except serve up Obama’s legislation and force it through the United States Senate. Where are the Senate and House Republicans? They say nothing about hollowing out the military and using the military for social experiments, gays in the military, not allowing generals to talk about God.

What is McConnell doing? He’s bragging about getting the Senate Working, Levin said. “Damn fool,” he added.

My thought is that perhaps the culture of the U.S. is already changed into one of complete apathy and acceptance of extreme leftist theories.

Well the truth about Benghazi is finally starting to see the light. As we have theorized in several articles, the Obama administration was involved in an international Fast and Furious by trafficking arms through Benghazi into Syria. Today that theory has been confirmed.

Newly released documents show that US intelligence agencies were fully aware that weapons were moving from the Islamic terror stronghold in Libya to Syria before the attack on the Benghazi compound on September 11, 2012.

The documents also contradict Hussein Obama’s claim that the rise of the Islamic State came as a surprise to the administration.

FOX News’ Catherine Herridge said the newly released documents “showed a serious disconnect between what the administration said and what was known by the Defense Intelligence Agency (DIA).”

END_OF_DOCUMENT_TOKEN_TO_BE_REPLACED

In this video Luke Rudkowski and Mark Dice team up to show everyone how Hillary Clinton supporters actually do not even know why they are supporting her. Luke and Mark give made up policies or the complete opposite of Hillarys actions to see if people really know who Hillary Clinton is. 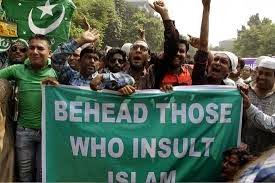 The 9th Circuit Court of Appeals on Monday ruled YouTube should not have been forced to remove a controversial film mocking the Prophet Muhammad due to copyright concerns.

A majority of the 11-judge panel reversed a decision from last year, when a three-judge panel sided with an actress who said she was duped into appearing in the film and had called for a preliminary injunction to remove it.

The circuit court ruled that the previous ruling was unwarranted and infringed on the First Amendment.

END_OF_DOCUMENT_TOKEN_TO_BE_REPLACED

Senate Republicans are offering the president a path in the annual defense policy bill to make good on a campaign promise and close Guantanamo Bay before leaving office.

The Senate Armed Services Committee passed the $612 billion bill with a bipartisan 22-4 vote on Thursday. Sen. John McCain, Arizona Republican and chairman of the committee, said the bill includes reforms of acquisition, retirement and personnel issues as well as a proposal to close the military prison in Cuba.

“I’ve also been in favor of closing Guantanamo because of the image that Guantanamo has in the world, whether it’s deserved or not,” Mr. McCain said.

When asked if the provision could survive negotiations with the House, Mr. McCain said lawmakers understood the cost of keeping the prison open. It costs about $3.5 million per prisoner each year to detain them at Guantanamo Bay. A maximum security prison in the United States, however, would only cost about $70,000, Mr. McCain said.