GAINESVILLE, Fla. (AP) — The University of Florida closed a fraternity Tuesday after allegations that its members hurled drunken insults and spat at a group of disabled military veterans at a Panama City Beach resort.

Zeta Beta Tau fraternity’s closing, effective immediately, comes a week after the school suspended the fraternity and expelled three of its members after finding they had behaved inappropriately. The school previously said it was charging the fraternity with obscene behavior, public intoxication, theft, causing physical or other harm, and damage to property.

The Warrior Beach group says the frat members were extremely drunk, and were urinating on flags, vomiting off of balconies and were verbally abusive while the two groups were at the Laketown Wharf Resort last weekend. The veterans were there for an annual retreat meant to honor their service, and the fraternity had a social function.

“I continue to be saddened and disappointed by the reported mistreatment and disrespect of our military veterans,” University of Florida President Kent Fuchs said in a statement. “Our university has always honored, and will always honor, the service of veterans. The reported conduct of this fraternity contradicts the values of service and respect that are at the center of this university.”

Apparently, it pays to be an Al Qaeda-affiliated terrorist under President Obama’s reign. After being set free from Guantanamo Bay because you’re no longer considered a threat, you’re then sent to live in a beach-laden South American country to enjoy government benefits and demand more money from the U.S. government.

That’s exactly what’s happening on the ground right now in Uruguay, as six former Gitmo prisoners, all with Al Qaeda ties, are holding a protest outside of the U.S. Embassy, demanding that the United States government pay to house them and to have their families sent there.

“We’ll be here until Monday. We are not leaving until with speak with the ambassador,” former prisoner Adel bin Muhammad El Ouerghi said.

END_OF_DOCUMENT_TOKEN_TO_BE_REPLACED

Watching the city of Baltimore burn, hearing the lame mayor there talk about giving thugs “space”….recalling the riots of Ferguson, as well as the violence seen over Eric Garner and the attacker of George Zimmerman…..

My mind was brought back to the time when Bush was President….New Orleans was the primary catalyst, but it sure seems to me WHENEVER there was domestic unrest or unhappiness on the streets of America, GEORGE W BUSH was being blamed.

The man child Obama is getting a FREE PASS AGAIN.

I just heard a local media report assure us Loretta Lynch was going to send some officials to Baltimore “in a few days”……O REALLY?? Gonna take a few days to get folks ALL THE WAY TO BALTIMORE?!

The entire Valerie Jarrett administration is a joke. 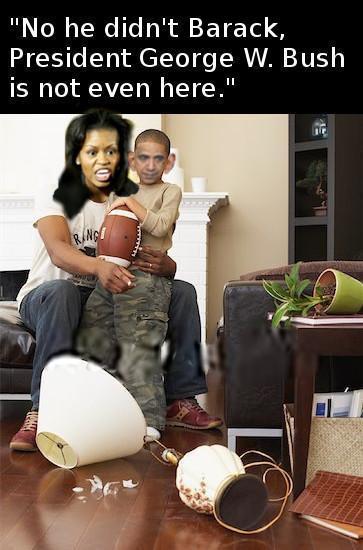