Does a prisoner have to be a deserter or tied to the Brotherhood to get Barack Obama to call out for their release?

Barack Obama has called for the release of Egyptian American Mohamed Soltan who has been sentenced to life imprisonment in Egypt for taking part in a violent protest against the coup by President el-Sisi who unseated The Muslim Brotherhood dictator, Mohammad Morsi.

His father Saleh, a prominent member of the Brotherhood, was sentenced to death.

In a statement, the United States State Department said that it was “deeply disappointed” in the decision and “deeply concerned about Mr. Soltan’s health and detention.” The statement called for Egypt to release Mr. Soltan “on humanitarian grounds.”

CAIR, a Muslim Brotherhood organization, has been insisting the president call out for Soltan’s release.

END_OF_DOCUMENT_TOKEN_TO_BE_REPLACED

They are winning the Culture War, they control the schools and the media, they put an ultra-radical leftist in the White House — yet still moonbats’ dispositions are sour. Maybe this is why: 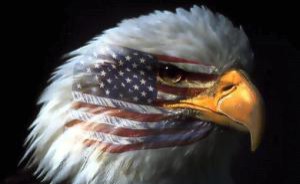 Freedom Outpost
One of my favorite Congressmen, Thomas Massie (R-KY), recently appeared on the Glenn Beck radio program to discuss his efforts to repeal the Patriot Act. For years, this has been a bit of a controversial position for Republicans to take because they worried that they might seem weak on defense, or even appear to be a liberal who attacked President Bush at every opportunity. For many anti-Patriot Act Republicans, that’s just not the case – many of us are against the Patriot Act simply because it is an infringement on our constitutionally guaranteed freedoms… and those should be protected at almost any cost.

Yesterday, Glenn Beck and I talked about the Surveillance State Repeal Act (H.R. 1466), the bill I introduced with Congressman Mark Pocan (D-WI) to repeal the ‪#‎PatriotAct. Listen to the podcast and let me know what you think in the comments below!

The Patriot Act contains many provisions that violate the Fourth Amendment and have led to a dramatic expansion of our domestic surveillance state. Our Founding Fathers fought and died to stop the kind of warrantless spying and searches that the Patriot Act and the FISA Amendments Act authorize. It is long past time to repeal the Patriot Act and reassert the constitutional rights of all Americans.

We’re not giving up. People are fed up. They want their privacy back.

The Pentagon recently announced that Raytheon is receiving a $700 million contract to prep the Cheyenne Mountain base in Colorado for the return of US Aerospace Command, built in the 1960s to respond to a Soviet nuclear strike; this new plan is to help counter a possible EMP attack by a rogue nation. This explicit acknowledgement of the EMP threat is a most welcome development.  Hopefully, the U.S. “powers that be” will also take complementary steps to assure the survival of the American people in case of such an attack-and here are some hopeful signs this may be possible.