A photographer and Navy veteran is fighting back after a photo she posted to Facebook started an online backlash.

Vanessa Hicks said she had no idea her photo would be considered controversial. The photo, from a military family’s newborn photo shoot, showed a newborn infant wrapped in an American flag held by his father, who was in his military uniform.

Hicks, a Navy veteran herself and the wife of an active-duty Navy member, said her intention was to honor the flag as well as her clients, who wanted to incorporate their military service in the photo shoot. 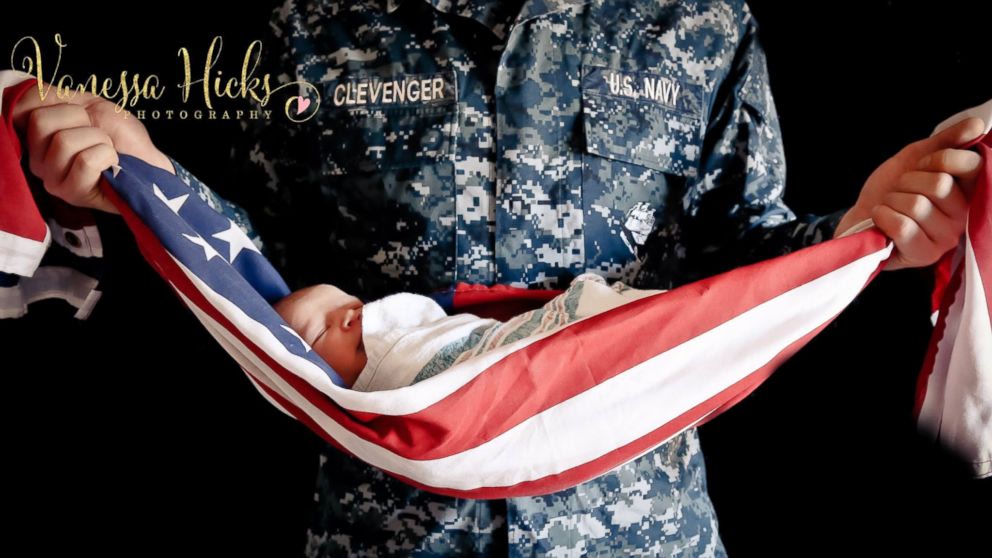 So, a baby in an American Flag is considered controversial, offensive. Why? What I find offensive is this the following.   1 Dragon

Unbelievable.
Sheriff Bill Watson was told to take down an American flag display from the Portsmouth, Virginia courthouse.
The judges told him if they allowed one display they’d have to allow other displays in the building.

The flag was made from old fire hoses and was a tribute to public safety.

The judges thought the lobby was not an appropriate place for the US flag display!

Sheriff Watson said it was the most asinine thing he’s ever heard.
WTKR reported, via Western Journalism:

Portsmouth Sheriff Bill Watson says he is furious after a group of judges told him to take down an American flag display.

Sheriff Watson said his agency got the American flag display as a gift from members of the Portsmouth Fire Department a few weeks ago.

It’s made of old fire hoses which a sign beneath it that reads, “A Tribute to Public Safety.”

Watson said he requested to have it mounted on the wall in the lobby of the courthouse but was shocked by what he was told.

Watson said he was told, “Not only do we not want it on the wall, we don’t want it in the courthouse.”

Watson said, “I just can’t believe that they don’t want to display the American flag in a courthouse, I mean that’s the most asinine thing I’ve ever heard in my life.”

NewsChannel 3 spoke with a judge who didn’t want to be identified about the issue. The judge told us it was decided that the lobby of the courthouse is not the appropriate place for the display.

He said they don’t want any display or memorial of it’s kind positioned in the lobby when people walk into the courthouse.

The judge said if you allow one type of display, then you will have to allow all types.

The judge said having the display in the lobby sets the wrong precedent. The decision is upsetting Watson and others.

This next story is just ridiculous.

Central American migrants demand it be made safer for them to come into the United States illegally.

It’s dangerous traveling on the freight train, La Bestia, some have lost limbs jumping off and on the train. They have trouble avoiding gangs. Then in the end, some get caught and arrested.

The illegal immigrants are calling for safer alternatives.

How long before the politicians in D.C. find those safer alternatives? There are reports that we are now going to pick them up in their own country when they apply for asylum. It is something suggested by John McCain and Lindsey Graham last summer when immigrant children were traveling across our borders illegally.

It’s terrible that they have lost limbs, however, the appropriate alternative is for them to stay in their own country and make it a better place or migrate legally.

The father of the retired Navy SEAL murdered in the Benghazi terrorist attack wasn’t the least bit surprised to see State Department records-uncovered last week by Judicial Watch-that show Hillary Clinton’s top aides knew from the outset that the U.S. compound was under attack by armed terrorists and not spontaneous protestors upset over a video.

In an interview with JW this week, Charles Woods, the father of Ty Woods, the Navy SEAL who handled security for diplomats, expressed overwhelming frustration over the repeated lies and apparent cover-up surrounding the deadly September 11, 2012 attack on the U.S. Special Mission in Libya. Ambassador Christopher Stevens, the first diplomat to be killed overseas in decades, and three other Americans, including Ty Woods, were murdered in the violent ambush.