Here’s something from the “Did you know that?” category. Did you know that abortions are apparently eligible for a tax deduction? That appears to be true, so says the IRS.

From the Washington Examiner, in a list of odd tax deductions:

Have an abortion, get a tax deduction! How strange that pro-abortion advocates aren’t using this as a selling point. Hmmm.

Oh, and while they hyperventilate over Hobby Lobby not wanting to provide every type of birth control without a co-pay, it turns out that birth control pills can be deducted if prescribed by a doctor.

Also, you can deduct the purchase of pregnancy test kits and vasectomies.

So what does the IRS say about deducting the cost of killing your child?

“You can include in medical expenses the amount you pay for a legal abortion,” it says.

So if the average abortion costs $500, it’s still significantly smaller than the average tax credit for a child. Choose life.

Billions of dollars in tax refunds will go to all the illegals just given amnesty by Barack Obama. It was confirmed by IRS Commissioner John Koskinen Tuesday during the Senate hearings.

These are extra ‘refunds’ for money earned illegally while they were here illegally. It is being done through the Earned Income Tax Credit.

The Credit is another form of welfare in which money is redistributed to low income workers from higher-paid workers. Some get back more money than they put in.

These particular illegals are to be given Social Security numbers and with that, they can collect the Earned Income Tax Credit. They actually get paid by taxpayers for not making enough money. It was meant for our poor citizens, not them.

Obama’s amnesty allows this according to the IRS interpretation of the law.

The illegals have to have filed returns but it does go back retroactively.

This is being done while Americans are unable to find work and more than 92 million are out of the workforce.

“This is the problem you get into,” said Sen. Charles E. Grassley, an Iowa Republican. “The IRS’s interpretation of the EITC eligibility requirements undermines congressional policy for not rewarding those working illegally in the United States.”

Mr. Grassley asked Mr. Koskinen to go back and revisit his agency’s interpretation of the laws.

It is currently unknown how many billions of dollars will be handed out.

In 2010, the IRS paid out $4.2 billion to illegals who claimed a child tax credit 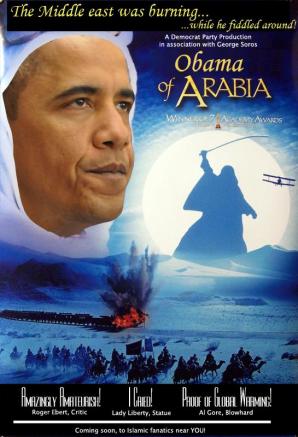 President Obama plans to meet with American Muslim leaders at the White House, the day after a video of a Jordanian pilot being burned alive was released by Islamic State terrorists.

The meeting will take place later this afternoon, according to the White House, but it will be closed to the press according to the schedule. Photographers will also be blocked from the event.

Yesterday, Obama met briefly with King Abdullah II of Jordan after news broke of the horrific ISIS video – but photographers were only allowed in for a photo-op that lasted about 30 seconds before the two leaders spoke privately.

Obama remains deeply committed to condemning the “bankrupt” ideology behind ISIS without specifically referring to radical Islamic terrorism, prompting criticism from some Republicans.

The real Obama unemployment rate is above 10%

The number that’s released by the Labor Department, the 5.6% unemployment number, does not count the millions of people who were unable to find a job gave up looking for work.
Via Rush Limbaugh:

And, now even Gallup Chairman Jim Clifton is reporting on this horrid reality:

Here’s something that many Americans — including some of the smartest and most educated among us — don’t know: The official unemployment rate, as reported by the U.S. Department of Labor, is extremely misleading.

None of them will tell you this: If you, a family member or anyone is unemployed and has subsequently given up on finding a job — if you are so hopelessly out of work that you’ve stopped looking over the past four weeks — the Department of Labor doesn’t count you as unemployed. That’s right. While you are as unemployed as one can possibly be, and tragically may never find work again, you are not counted in the figure we see relentlessly in the news — currently 5.6%. Right now, as many as 30 million Americans are either out of work or severely underemployed. Trust me, the vast majority of them aren’t throwing parties to toast “falling” unemployment.

There’s another reason why the official rate is misleading. Say you’re an out-of-work engineer or healthcare worker or construction worker or retail manager: If you perform a minimum of one hour of work in a week and are paid at least $20 — maybe someone pays you to mow their lawn — you’re not officially counted as unemployed in the much-reported 5.6%. Few Americans know this.

Yet another figure of importance that doesn’t get much press: those working part time but wanting full-time work. If you have a degree in chemistry or math and are working 10 hours part time because it is all you can find — in other words, you are severely underemployed — the government doesn’t count you in the 5.6%. Few Americans know this.