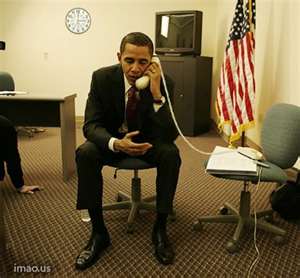 No, this isn’t a ghost story. No one will tell you that you have “five days left” or that the calls are coming from inside the house. But the truth could be even scarier.

According to the Internal Revenue Service, calls from that number are being made by someone impersonating an IRS agent who demands payment for a tax lien that doesn’t exist.

Mad World News cited a WSTU report that described the heavily-accented fake agent as demanding money immediately. Those who refuse to pay are threatened with arrest.

END_OF_DOCUMENT_TOKEN_TO_BE_REPLACED

The United Arab Emirates has officially designated 83 groups as terrorist organizations, including two based in the U.S., the Council on American-Islamic Relations (CAIR) and the Muslim American Society.

UAE’s cabinet made the announcement following a meeting on Saturday.

Other groups designated as terrorists include al-Qaida, al Nusra, Boko Haram and the Muslim Brotherhood.

CAIR’s designation is interesting given its high profile here in the U.S.

Fools. Remember when al Qaeda and ISIS (who have now merged) said they would see their evil, black flag over the White House? Might as well be drifting in the breeze there – this is a major step towards it. You see, to subjugate Christianity to Islam, negates it in the Islamist’s eyes and this is what has happened when you let the Muslim Brotherhood hold their prayers in a Christian cathedral. It also claims DC as a conquest for Islam. So in fact… just as Obama claimed, they now see the US as a Muslim nation.