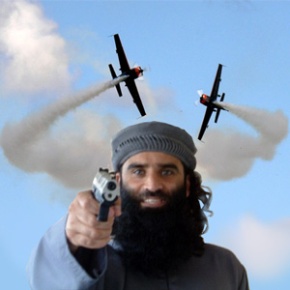 One of the principal narratives of the 2012 Obama re-election campaign — as in al Qaeda has been “decimated” and put on a “on the path to defeat” — has itself been decimated. According to a study released yesterday by the RAND Corporation, there has been a 58 percent increase in the number of jihadist groups over the last four years. Even more troubling, the number of jihadist fighters has doubled, and the number of worldwide attacks has tripled. The report further notes that terrorist groups operating in Yemen, Syria, Afghanistan and Pakistan pose the greatest threat to the United States.

“Based on these threats, the United States cannot afford to withdraw or remain disengaged from key parts of North Africa, the Middle East and South Asia,” states Seth G. Jones, author of the study and associate director of the International Security and Defense Policy Center at RAND. “After more than a decade of war in Afghanistan and Iraq, it may be tempting for the U.S. to turn its attention elsewhere and scale back on counterterrorism efforts. But this research indicates that the struggle is far from over.”

The raw numbers are stark. The number of groups have increased from 31 to 49, the number of fighters to a high estimate of 100,000 and the number of attacks from 392 to approximately 1000.

In an article for the Wall Street Journal, Jones points out that America also faces significant threats in addition to Islamic jihadism, including the invasion of Ukraine by Russia that threatens our NATO alliance; China’s flexing of its economic, military and cyber muscles in East Asia; and the instability of North Korea. He also puts Iran and their dedicated pursuit of nuclear-weapons in this category.

Jones’s analysis pokes a giant hole in the leftist ideology that posits America’s forays into Iraq and Afghanistan caused an increase in jihadist activity. In fact it is quite the opposite. As America has retreated from the Middle East – completely from Iraq in December of 2011, combined with a highly-publicized schedule of winding down combat operations in Afghanistan at the end of this year — terrorism is surging.

According to Jones the epicenter of that surge is Syria. The ongoing civil war there has produced the largest increases in both the number of groups and the number of terrorists, and they now comprise more than half the number of groups worldwide who are al Qaeda sympathizers. “It’s become a breeding ground for jihadist activity,” he explains. He also notes there were substantial gains in North Africa in general, and Libya in particular.

The study further reveals that terrorist leadership has become more decentralized. It is

The terror groups themselves are divided into three categories. “Category one,” and the top priority for U.S. counter-terror efforts according to the author, should be groups with both the “interest and ability” to perpetrate attacks in the United States. They include al Qaeda in the Arabian Peninsula based in Yemen, al Qaeda’s core elements along the Pakistan-Afghanistan border, homegrown jihadists such as the Boston Marathon-bombing Tsarnaev brothers, and the growing number of radicalized Americans fighting the Assad regime in Syria.

“Second category” terror groups are those incapable of mounting a domestic terrorist attack, but who remain committed to attacking U.S. and other Western targets abroad. They emanate from countries such as Somalia, Iraq, Libya and Nigeria, and include al-Shabaab and Boko Haram. “Third category” terrorist groups are those with little interest or capacity to target America or American interests overseas. Jones cites the East Turkestan Islamic Movement in China, and “numerous others with parochial interests across Africa, the Middle East and Asia.”

Different military strategies are offered for coping with each category. Groups in the first category should be subjected to “clandestine special operations, intelligence, diplomatic and other capabilities to target al Qa’ida groups and their financial, logistical and political support networks.” The U.S. should also assist local governments with training, advice and assistance in attacking terror’s root causes, which he claims range from incompetent security forces to collapsing economies. (The latter root cause is a largely specious assumption, as this list of middle class and wealthy high-level terrorist indicates).

Jones posits that groups in the second category should engender U.S. support for local governments, but no direct action on our part. For the third category, he suggests an approach that relies on counter-terror operations by allies and local governments while keeping American air, naval and rapidly deployable ground forces assets in close proximity “offshore.”

Unfortunately for an Obama administration seemingly determined to squander painfully bought gains in the Middle East, Jones offers a most inconvenient assessment of reality. “Al Qa’ida was born along the Afghanistan-Pakistan frontier in the late 1980s, and it will not disappear just because U.S. forces leave,” he insists, adding that our imminent departure from Afghanistan “will most likely be a boost for insurgent and terrorist groups dedicated to overthrowing the Kabul government, establishing an extreme Islamic emirate, and allowing al Qa’ida and other groups to establish a sanctuary.” He further warns that just as in Iraq, the withdrawal of U.S. troops “does not make the terrorism problem go away,” but has rather allowed al Qaeda and other groups “breathing space to expand their attacks and spread to neighboring countries like Syria.”

The most inconvenient reality of all? The current trends outlined in the study suggest that “the struggle against extremism is likely to be a generational one, much like the Cold War.”

In other words, no matter how desperately the American left, the isolationist factions on both sides of the political divide, and those Americans unduly influenced by the Democrats’ odious anti-war presidential campaign of 2004 want the war on terror to end, the terrorists themselves have other ideas. To believe otherwise is a fool’s errand based on the same kind of fatuous, faculty-lounge thinking engaged in by an Obama administration that precipitates such follies as the easing of sanctions on Iran, the latest announcement by the State Department that they will work with a Palestinian “unity” government that includes terrorist-designated Hamas, and the release of five high-level terrorist thugs from Guantanamo Bay.

On the last page of the report, Jones cites a poem entitled “Mujahid’s Wish.” It was published in the Spring 2013 issue of al Qaeda’s Inspire magazine, and as Jones rightly explains, reveals the mindset of those who consider the U.S. “a bitter enemy.” The last four lines are more than enough to understand what we are really up against: