Over 40 sheriffs walked out of the Oklahoma State Capitol this week after an unknown senator demanded they remove their firearms.

After entering the capitol for an annual meet and greet with legislators, the state’s sheriffs were confronted and given an ultimatum, disarm or leave the building.

END_OF_DOCUMENT_TOKEN_TO_BE_REPLACED

So what’s with the covert trial?  Trying to keep Obama’s transparency thing going?

Absolutely, let’s keep all the “code pinkers happy along with the loons from the anti-war left.

A Day In Court: The Trial Of An Al Qaeda Terrorist Who New York Forgot About

CAUTION: Please don’t feed the animals behind the banner they are ignorant and dangerous.

With certainty we know those released from GITMO return to the battlefield again to commit more jihad against U.S. and coalition troops.

The progressive/Marxist’s in this country could care less.

An artist sketch shows Suleiman Abu Ghaith, a militant who appeared in videos as a spokesman for al Qaeda after the 9/11 attacks, appearing at the U.S. District Court in Manhattan March 8, 2013.
Abu Ghaith, a son-in-law of Osama bin Laden and one of the highest-ranking al Qaeda figures to be brought to the United States to face a civilian trial, pleaded not guilty to a charge of conspiracy to kill Americans.
The U.S. District Court in Manhattan is only blocks from the site of the World Trade Center. REUTERS/Jane Rosenberg
END_OF_DOCUMENT_TOKEN_TO_BE_REPLACED
by 1dragon 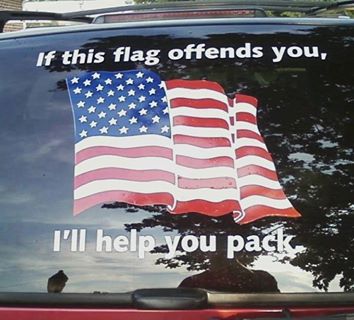 Just call me, my friends and I will be right over.

Despite a judge’s restraining order… Obama’s lawless ATF still BREAKS INTO A PRIVATE BUSINESS TO SEIZES ALL CUSTOMER RECORDS.

The owner of a California store that sells gun parts to build rifles from scratch refused to turn over his customer list to federal officials.

So Obama’s ATF broke in and took all of the customer records anyway.

This video was taken on March 15, 2014, at National City Ares Armor location.

Here is background on the story from earlier this week. FOX4KC reported:

The owner of an Oceanside store that sells various gun parts to build a rifle from scratch refused to turn over his customer list when he was raided by federal agents Wednesday.

Dimitrios Karras, owner of Ares Armor, said the Bureau of Alcohol, Tobacco, Firearms and Explosives agents were investigating their business, not for what they sell, but for the people who purchase their products.

Karras said the ATF threatened to shutter their business if they didn’t hand over the names of 5,000 customers who have purchased an 80 percent lower receiver (the base) for building an AR-15.

It is legal to build a rifle from scratch without serial numbers only if the base is manufactured to ATF specifications. The base is not considered a firearm if it’s sold separately.

A manufacturer made an 80 percent receiver in plastic with a different material and colors which show exactly where the customer can drill making it easier and cheaper to build. The ATF said it is illegal.

The ATF sent stores, including Ares Armor, letters demanding they turn over the products and names of customers who purchased them.

“They said either give us these 5000 names or we are coming in and taking pretty much anything – which is a huge privacy concern and something we are not willing to do,” said Karras.

Karras’s attorney informed the ATF to pick up the receivers Wednesday morning at their Oceanside location, but the inventory was not the issue. The store owner said he will not comply with turning over their private client list.

While the Obama Justice Department mounts a legal challenge against Florida for purging ineligible voters from its rolls, a television news station broadcasts an unbelievable segment that proves non U.S. citizens living in the Sunshine State vote regularly in elections.