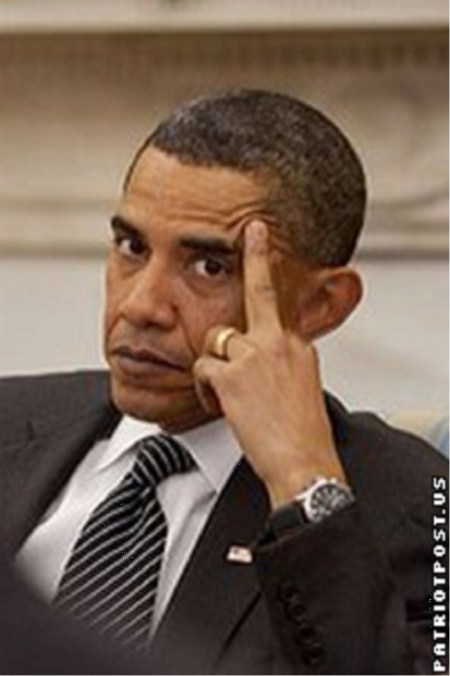 Obama has already told the world there wasn’t a smidgen of corruption, so if that is true, then why is Lois Lerner taking the Fifth?

So, Lois Lerner still won’t talk about her role in the illegal targeting and harassment by the IRS of conservative and Tea Party groups seeking 501(c)(4) tax exemptions. Lerner appeared for a second time Wednesday before the House Committee on Oversight and Government Reform and claimed her Fifth Amendment right not to incriminate herself. It isn’t hard to figure out why Lerner’s lips are sealed.

END_OF_DOCUMENT_TOKEN_TO_BE_REPLACED

While the mainstream press and politico elites like Mitt Romney and MSNBC’s Joe Scarborough, dilly dally and debate the relevancy of revisiting Hillary’s unelected co-president role during the Clinton White House era, the National Enquirer goes where the mainstream press treads not and called me last weekend about Hillary and the death of Clinton White House lawyer Vince Foster.

Days later, suddenly I’m Secret #1 and Secret #2 in the Enquirer’s “blockbuster world exclusive” cover story: 8 Shocking Secrets that will Wreck Her Presidential Bid. What Hillary’s Hiding! Revealed! The Plot to Destroy her.

It was such a well kept secret that I didn’t know about it either.

Apparently, I am a part of a shadowy dirty tricks campaign that is bankrolled by super wealthy anti-Clinton factions to the tune of half a billion dollars. That part was news to me and I hope it is true because I could use some back-up getting the info on Hillary out that is documented in my books, The Whistleblower: How the Clinton White House Stayed in Power to Reemerge in the Obama White House and on the World Stage and Following Orders: The Death of Vince Foster, Clinton White House lawyer.

The fact is no dirty tricks are required when it comes to Hillary—the truth is damaging enough.

As Secret #2, The Enquirer wrote, “Peschmann also believes that Foster’s death triggered a massive cover-up by the Clinton administration and declared: “Hillary should not be in the White House. She should be in jail.”

That’s right. This is not my opinion. It is based on facts.

You don’t have to take my word for why Hillary should be in prison. The Clinton’s record of lawlessness is sourced in my books, like this gem from the 1996 Senate Whitewater Committee Report regarding the Vince Foster death investigation. It is also the inspiration for the Hillary 2016 campaign. Prison or POTUS?  Get involved.  Enough is enough.

From my book Following Orders:

The Senate Whitewater Committee called [the Vince Foster investigation] a “sham.” The Committee found that [Hillary’s] counsel’s office, government lawyers, “who were supposed to protect public interest in a proper investigation and faithful execution of the laws, instead interfered and obstructed various federal investigations.”

“Unquestionably, the Department of Justice and Park Police were authorized to conduct this investigation, and White House officials owed them a duty to cooperate. Instead, law enforcement officials were confronted at every turn with concerted efforts to deny them access to evidence in Mr. Foster’s office.”

The committee concluded: “The actions of these senior White House officials constitute a highly improper pattern of deliberate misconduct,” or as it would be called for everyday Americans, obstruction of justice.

In 2004, Stewart was convicted of obstructing justice and lying to federal investigators over selling a stock. She was also found guilty of attempting to lead the government investigation astray and served time in prison.

Stewart’s crimes appear to be far less nefarious than the lawlessness in the Clinton White House—specifically Hillary’s counsel’s office. Why convict Stewart and not Hillary and her staff for obstruction and lying to investigators? Where’s the “fairness” in that?

There is much more to read here.

Here’s the good news about the ObamaCar known as the Chevy Volt: There haven’t been any reported fires connected with the ObamaCar since the company recalled 8,000 of the electric vehicles—that’s one in six vehicles.

That is no fires, if you don’t count the people who’ve been “fired” from the Volt production line as sales continue to make Obama’s “one million” electric car promise just another broken dream in a crooked scheme.

Obama promised that by the time he finished as president, he’d put a million electric cars on the road.

Thankfully, he won’t quite make it.

END_OF_DOCUMENT_TOKEN_TO_BE_REPLACED

The plan to put the brakes on Washington’s expansion of the federal government is under way.

Convention of States confirmed that the Georgia legislature on Thursday passed the organization’s application “to limit the power and jurisdiction of the federal government.”

State Sen. Cecil Staton, R-Macon, told the organization he is “pleased that the Georgia legislature has given voice to the frustrations of millions of Georgians.”

“Enough is enough. It is time to impose fiscal and other restraints on our runaway federal government. We urge other states to join us,” said Macon, the primary sponsor of the resolution.