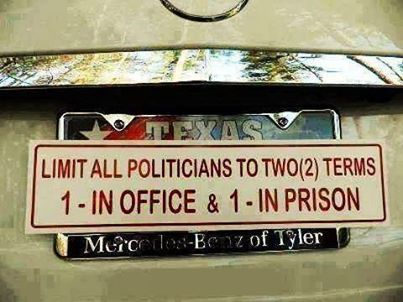 Photo via The New Republic of Texas

Reuters obtained a leaked proposal disclosing that European Union officials are looking for new and innovative ways to fund their immense debt levels. As noted by Zero Hedge, they’re no longer turning exclusively to central bankers to simply print more money as needed.

Because last year’s bank bail-in forcing the confiscation of funds from average depositors in Cyprus worked so well, EU regulators and bankers have determined that they’ll use a similar method to fund their future endeavors.

In a nutshell, and in Reuters’ own words, “the savings of the European Union’s 500 million citizens could be used to fund long-term investments to boost the economy and help plug the gap left by banks since the financial crisis, an EU document says.”

The solution? “The Commission will ask the bloc’s insurance watchdog in the second half of this year for advice on a possible draft law “to mobilize more personal pension savings for long-term financing”, the document said.”

Mobilize, once again, is a more palatable word than, say, confiscate.

This is what happens when governments run out of money.

END_OF_DOCUMENT_TOKEN_TO_BE_REPLACED

President Obama signed off Monday on a controversial civilian nuclear deal with Vietnam.

The cooperation agreement with the communist nation allows the U.S. to sell nuclear fuel and technology to its former foe. It aims to help guarantee Vietnams’ energy independence as China asserts a more prominent role in the region.

END_OF_DOCUMENT_TOKEN_TO_BE_REPLACED 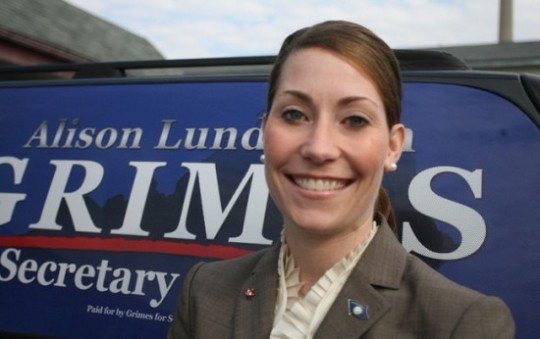 If Alison is going to Campaign with Bill Clinton, she needs to make sure she does not wear a blue dress but that’s just my opinion.

Even better is Grimes’ excuse not to be seen with Obama in public: She doesn’t need a “surrogate,” yet she will be campaigning with Bill Clinton tomorrow.

Another Democratic senate candidate isn’t eager to have President Obama join her on the campaign trail. Kentucky’s Alison Lundergan Grimes wouldn’t say if she wanted him to stump with him, only furthering the impression that she has a “painfully cautious” candidate.

“I speak for myself, and don’t need any other surrogate to do that,” Grimes told MSNBC. “I stand in sharp contrast to the president and many of his ideas and platforms.”

Despite Grimes’ denial that she doesn’t need “any other surrogate” to bolster her campaign, she will be joined by Bill Clinton in Louisville on Tuesday.

Only there as observers and advisers.

The U.S. intends to build up its military presence in Jordan in an attempt to exert more control over the current situations in Syria and Lebanon, a political analyst tells Press TV. mi “The U.S. has continued to build its military capability in Jordan… Under the guise of a humanitarian operation, the United States is putting full combat command inside Jordan,” said Gordon Duff in a Sunday interview with Press TV.

“One of the reasons behind this is not only the issue in Syria, but the increasing meltdown that’s being orchestrated within Lebanon,” he noted.

The analyst argued that the U.S. is considering a military role in the region, as Israel has no capability to operate in Lebanon again.

In early February, Jordanian media reported that a U.S. airplane loaded with weapons and ammunition planned to reach the foreign-backed militants operating in Syria landed in the Mafraq Airport, some 80 kilometers north of the capital, Amman.

It has also been disclosed that a new group of 1,500 gunmen have completed training in a center in Jordan for fighting in Syria and are now ready to join thousands of other rebels in the war-torn country.

In January, U.S. security officials disclosed news on the secret endorsement of a bill by Congress to fund weapons shipments to the opposition in Syria through Jordan.

The weapons, including a variety of small arms, as well as some more powerful weapons, such as anti-tank rockets, is flowing to what the U.S. calls the “moderate” militants fighting in the south of the country.