U.S. Attorney General Eric Holder will step down this year, he said in an interview with the New Yorker’s Jeffrey Toobin in the magazine’s Feb. 17 edition.

In a feature article, Mr. Holder said he plans on staying in his position “well into” the year.

Last November, Mr. Holder, the first black attorney general, told CBS News he didn’t have “any plans” to step down.

I’m seeing a lot of “Hillary 2016″ stickers around lately, as if she already has it in the bag, as if she’s a shoo-in. Things like this:

Besides the fact that it looks like classic fascist propaganda, and besides the fact that for some strange reason (<– sarcasm) we always seem to come back around to placing a Bush or a Clinton in a top leadership position in this country, the idea of Hillary Clinton actually becoming president in a few years is truly horrifying.

There are so many reasons I could list, but for starters let’s go with something basic like…her sense of humor. I know, sounds ridiculous right?

Bear with me for a sec.

END_OF_DOCUMENT_TOKEN_TO_BE_REPLACED

While Obama’s personal US Attorney General Eric Holder continues with his latest assault on US States’ laws and Constitutional rights–he’s decided gay marriages must be recognized in all States…regardless of what States’ laws contain–his partner in multiple crimes, Obama and his syndicate, has come up with the new Democrat talking points which extol poverty and lack of work and/or work hours; but, only for the “masses.”

END_OF_DOCUMENT_TOKEN_TO_BE_REPLACED

Recently, I was invited on the Sons of Liberty Radio broadcast to discuss the Tenth Amendment and the authority of the States to nullify unconstitutional laws.  The following is a summary of my comments.  I have learned a great deal from our constitutional scholar Publius Huldah, for which I am grateful.  Many of the things mentioned I have been taught through her writings.

The States are their own sovereign country, an ideology largely lost after the tyranny of Abraham Lincoln and the War of Northern Aggression (and if there are those out there that think I’m blowing smoke, I would encourage them to read Jefferson Davis’ Rise and Fall of the Confederate Government.)  The states created the federal government, not the other way around and as such, it is the creature and the subordinate to the states.

END_OF_DOCUMENT_TOKEN_TO_BE_REPLACED

And, we’re supposed to be surprised? President Obama’s uncle Sayid Obama, a documented Wahhabist, was caught on tape assuring the Middle East in this rare interview that the whole Obama family are “all Muslim”, everyone. Via Walid Shoebat:

Portsmouth Chief of Police Bill Raisin told NBC 3 WSAZ-TV in Huntington, West Virginia that the drill accurately represented “the reality of the world we live in,” adding that such training “helps us all be prepared.”

The ONG team discovered biological weapons being produced in the school, requiring activation of containment and decontamination procedures.

Participants in the disaster drill located documents expressing the school employees’ “anti-government” sentiments, as well as a note identifying Pierce as the fictional right-wing terrorists’ leader. 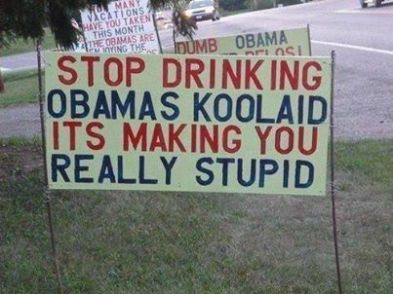 Photo via Facebook
Freedom Outpost
President Obama’s state of the union pledge to “act with or without Congress” marks a milestone in presidential usurpation of Congressional authority.  Most modern presidents have used executive orders to change and even create laws without Congressional approval. However President Obama is unusually brazen, in that most Presidents do not brag about their plans to rule by executive order in state of the union speeches.
Sadly, his pledge to use his pen to implement laws and polices without the consent of Congress not only received thunderous applause from representatives of the president’s party, some representatives have even pledged to help Obama get around Congress by providing him with ideas for executive orders. The Constitution’s authors would be horrified to see legislators actively adding and abetting a president taking power away from the legislature.
END_OF_DOCUMENT_TOKEN_TO_BE_REPLACED