Sneed hears President Barack Obama, who is this/close to Holder, has set his sights on Massachusetts Gov. Deval Patrick as a possible replacement “when the heat dies down on the latest hot-button scandals to hit the U.S. Justice Department,” said a top White House source.

END_OF_DOCUMENT_TOKEN_TO_BE_REPLACED

Obama will not complete his 2nd term as President. 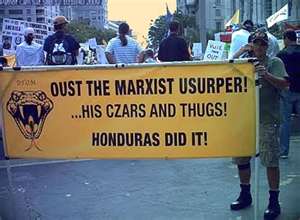 First, for Obama’s repeated lies, coverup and abandonment of two heroic Navy Seals, leaving both to die on the Benghazi battlefield on 9/11/2012, while the liberal media openly carried his YouTube video water for eight months. During last week’s House hearings, the mainstream media was shamed and embarrassed before the entire world, exposed as being lazy, partisan and incurious. The Obama-fawning media was highlighted as being unwilling to honestly report to their fellow citizens.

Secondly, the 60-day electronic DOJ surveillance blanket thrown over the Associated Press, monitoring 100 reporter’s work and personal phone calls, has and will continue to infuriate Obama’s liberal media base. This invasive crime against our freedom of the press is an illegal abuse of power that has blown a chilly wind up Obama’s cheerleader’s skirts. Now that the media’s ox has been gored, they are outraged.