WND: Are you one of those Americans who wonders what happened to the Islamist terrorist who massacred U.S. soldiers at Fort Hood more than three years ago?

Or maybe you’re one of those Americans who assumes Maj. Nidal Hasan long ago assumed room temperature after being summarily executed for murdering 13 and wounding more than 32, while screaming “Allahu Akbar,” or “Allah is greatest.”

There hasn’t been much news on the case. The Big Media would obviously like Americans to forget about this case. The government would like you to forget about it, too. In fact, Attorney General Eric Holder declined to press terrorism charges against Hasan, inexplicably labeling the worst terrorist attack in America since 9/11 as a case of “workplace violence.”

As a result of this callous, politically motivated and criminally devious decision, the victims of Hasan’s shooting spree will not be entitled to the benefits of soldiers wounded or killed in the line of duty.

There is some news on the Nidal Hasan front.

Last week, the Army psychiatrist’s attorneys asked the judge in the case to move his murder trial off the Fort Hood post. They also want changes in the military jury pool. Since, under military judicial rules, one cannot plead guilty to a capital offense, Hasan’s attorneys are asking whether the judge would permit him to plead guilty to lesser charges that would not carry the death penalty.

Are you as confused as I am why this monster has not yet faced trial?

Are you as confused as I am why this mass-murdering enemy of America is still breathing?

Are you as confused as I am about why he’s being treated with kid gloves rather than speedy justice?

Consider this: The same administration that characterized Hasan’s murderous rampage and bloodbath against unarmed soldiers as “workplace violence” targeted for assassination one of his accomplices in crime in a drone attack in Yemen, even though he was technically an American citizen entitled to due process and trial by a jury of his peers just like Hasan.

For at least six months prior to Hasan’s attack on Fort Hood, which amazingly was “gun-free zone” virtually inviting such an assault, the Army psychiatrist was behaving bizarrely enough to have been considered a threat. In postings on the Internet, he likened a suicide bomber who kills women and children to a soldier who throws himself on a grenade to give his life in a “noble cause.”

Intelligence officials also intercepted at least 18 emails between Hasan and the radical American-born cleric Anwar al-Awlaki. Hasan told al-Awlaki in one of the emails, “I can’t wait to join you” in paradise. He also asked al-Awlaki whether it was appropriate to kill innocents in a suicide attack, when jihad was acceptable and how to transfer funds without attracting government notice.

It was al-Awlaki who was summarily dispatched to meet Allah in the Yemen drone attack.

Isn’t there something bizarre about the different forms of “justice” applied to these two jihadi friends and cohorts?

Al-Awlaki was accused of killing no one. But he was targeted for assassination.

Hasan murdered in cold blood 13 and attempted to kill 45 and he’s been sitting in a comfortable jail cell for more than three years since shocking the Nov. 5, 2009, massacre. He’s been treated deferentially by Col. Tara Anderson, the new judge in the case. Hasan sports a traditional Islamic beard, which is against Army regulations. But the judge said she would not force Hasan to comply with the same rules that apply to every other soldier who hasn’t murdered 13 and attempted to murder 45.

Before the shooting attack, Hasan was clean shaven. Only after the massacre has Hasan claimed he has the right to wear a beard, in direct contradiction of Army regulations which require a soldier to be clean shaven unless there is a medical reason.

Hasan told the previous judge in the case: “Your honor, in the name of almighty Allah, I am a Muslim. I believe that my religion requires me to wear a beard.”

The judge ruled against Hasan’s right to wear a beard. He was summarily replaced as the judge in the case.

The rules are bent for Hasan, but not for his victims.

Staff Sgt. Shawn Manning was shot six times in the attack, yet he is denied the same benefits a soldier shot in a similar action overseas would receive, thanks to Holder’s designation of the massacre as a matter of “workplace violence.”

Fellow soldiers that day “were killed and wounded by … somebody who was there that day to kill soldiers, to prevent them from deploying,” Manning said. “And if that’s not an act of war, an act of terrorism, I don’t know what is.”

But it gets worse: Survivors and their family are forced to watch while Hasan continues to receive a paycheck and medical benefits from the military.

“It is definitely not normal for capital cases in the military to take three years to come to trial,” Eidsmoe said. “In the civilian realm, criminal defense attorney may have 100 or so cases they are working on at any given time. In the military you maybe have half a dozen you working on. This gives you more time to devote to the cases you working on, making the whole system move much faster.”

For instance, on Dec. 13, Army Sgt. Vincinte Jackson was convicted and sentenced to life in prison for killing 28-year-old Spc. Brandy Fonteneaux, a fellow soldier at Fort Carson in Colorado. The murder occurred on Jan. 8, 2012.

In July 2011, Sgt. Anthony Silva was shot to death in Denver. Silva was spending the evening at a motel and was waiting for his father to pick him up. Silva was shot and killed by Ricky Scott, who was convicted on one count of first-degree murder on Dec. 14, a year and a half after the shooting.

Why is Hasan getting the benefit where there is no doubt?

That’s the way the wheels of justice roll under Barack Obama. Things are just a little unpredictable. One jihadi murders 13 and attempts to murder 45 American soldiers and is treated like a prince. Another jihadi American citizen who killed no one is ordered to be killed by Obama in a drone attack. 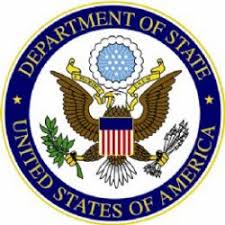 The idea of “education diplomacy” has “really arrived” at the highest levels of American foreign policy, a US State Department official has told an international higher education conference.

Ms. Curtis said that the issue was “advancing on three fronts”: countries increasingly wanting to send their students for a US education; wanting to bring in more American faculty to internationalize campuses; and seeking to build higher education systems in line with the US model to “replicate some of the great work we’ve been doing in our country”.

She also said programs to bring students and scholars from Muslim-majority countries into the US had been “ramped up”.

WHAT A “GREAT IDEA’! LET’S RAMP UP “EDUCATION DIPLOMACY” SO MORE JIHADIS AND HATE PREACHING IMAMS CAN SNEAK INTO OUR COUNTRY.