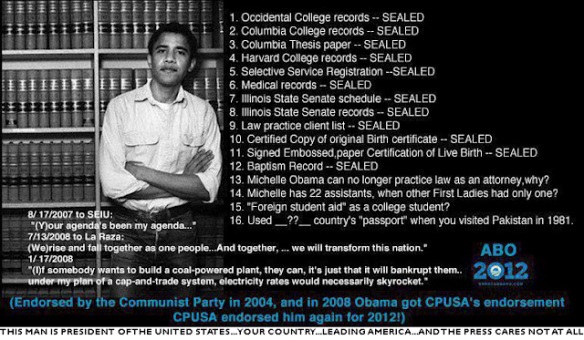 Could Superman be gay?

Honchos at Superman’s comic book home, DC Comics, said this weekend that one of their most identifiable (but as of yet unnamed) straight characters will soon be coming out of the closet, according to a report.

At the Kapow Comic Convention held last weekend in London, DC co-publisher Dan DiDio said the publisher would be reintroducing a previously existing character who would now be “one of our most prominent gay characters,” the website BleedingCool.com reports.

Didio said DC’s position had shifted on the subject since he said in an interview last year that any homosexual characters would be new introductions, and that none of their existing characters’ sexual orientations would shift.

On the one hand, kudos, to Big Gov.com for posting the factual information about Obama’s place of birth, Kenya.

On the other hand, the Editor’s at Big Gov.com are either dense or they simply cannot admit they have been wrong for nearly three years!

They broke a story today, May 17, titled “O’s Literary Agent: Born in Kenya and raised in Indonesia and Hawaii” but before the reader could get to the “Breaking news” they had to sift through a five-paragraph missive written by the “Senior Editors” explaining how the late Andrew Breitbart nor the current batch of Big Gov editors were birthers. Even after posting this report they still believe Obama was born in Hawaii.

Who cares what they believe? Really. Who?

It’s a story, that’s it! And a conclusive one at that!