Oklahoma Democratic Rep. Dan Boren won’t say if he supports Attorney General Eric  Holder amid a surge in the number of House members who have demanded  Holder’s resign over Operation  Fast and Furious. 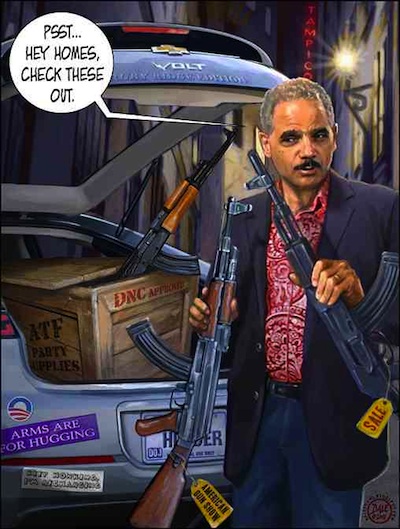 A spokesperson for Boren, a conservative Democrat who is a member of the Blue  Dog Coalition, said the congressman had “no comment” on whether he still has  confidence in Holder.

This is the first time a Democrat has openly refused to support Holder as 120 congressmen, three senators, two sitting governors  and all major GOP presidential candidates demand his resignation.

Boren was one of 31 Democrats who signed a letter to President Barack Obama  on June 3, 2011, asking him to direct the Justice Department and Holder to  provide all information and documents related to Fast and Furious to  congressional investigators.

Obama and Holder have apparently ignored the request from Boren and his  colleagues, and are still withholding more than 70,000 pages of lawfully  subpoenaed documents from House oversight committee chairman Darrell Issa and  Iowa Sen. Chuck Grassley. Holder has, however, provided the documents to the  DOJ’s internal Office of the Inspector General.

The other 30 Democrats who signed that letter did not immediately respond to  TheDC’s requests for comment.

House Minority Leader Nancy Pelosi also didn’t immediately respond to a  request for comment about whether she continues to have confidence in Holder.  It’s unclear if she does.

The Obama administration’s Fast and Furious “gun-walking” program — organized by the Bureau of Alcohol, Tobacco, Firearms and Explosives and  overseen by the Department of Justice — sent thousands of weapons to Mexican  drug cartels via straw purchasers, or people who purchased guns in the United  States with the intention of illegally trafficking them somewhere else.

At least 300 people in Mexico were killed with weapons provided by Fast and  Furious, as was U.S. Border Patrol agent Brian Terry. The identities of the  Mexican victims are unknown. Allegations are now surfacing that Immigration and  Customs Enforcement agent Jaime Zapata was also murdered with weapons the Obama  administration allowed to “walk” into the hands of drug cartel members.

It has been more than a year since Terry was murdered, but not one government  official has yet been held accountable. (SEE  ALSO: The Daily Caller’s complete Fast and Furious coverage)

Also, Obama and Holder have not apologized to Mexican President Felipe Calderon for  the 300 or so Mexican civilians who were murdered with Fast and Furious  weapons.

One thought on “No comment’: Democrat refuses to support Holder amid resignation calls”