During an interview with the State Journal-Register in Illinois, William Ayers, one of the founders of the Weather Underground, who launched President Obama’s political career at his Chicago home, insisted he was “absolutely not” a domestic terrorist. 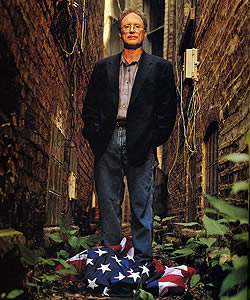 But that’s not what the Federal Bureau of investigations (FBI) insists.

According to declassified FBI reports on the Weather Underground, reports that the mainstream press ignored and were public prior to the 2008 presidential elections, in the section entitled, “A Byte Out of History: 1975 Terrorism Flashback: State Department Bombing:” the FBI wrote:

Twenty-nine years ago Thursday, an explosion rocked the headquarters of the U.S. State Department in Washington, D.C. No one was hurt, but the damage was extensive, impacting twenty offices on three separate floors. Hours later, another bomb was found at a military induction center in Oakland, California, and safely detonated. A domestic terrorist group called the Weather Underground claimed responsibility. Remember them? (emphasis mine)

Who were these extremists? The Weather Underground—originally called the Weathermen, taken from a line in a Bob Dylan song—was a small, violent offshoot of the Students for a Democratic Society (SDS), created in the turbulent ‘60s to promote social change.

When the SDS collapsed in 1969, the Weather Underground stepped forward, inspired by communist ideologies and embracing violence and crime as a way to protest the Vietnam War, racism, and other left-wing aims. “Our intention is to disrupt the empire…to incapacitate it, to put pressure on the cracks,” claimed the group’s 1974 manifesto, Prairie Fire. By the next year, the group had claimed credit for 25 bombings and would be involved in many more over the next several years.

Moreover, Ayers is at best exceptionally disingenuous when he falsely claimed in theState-Journal Register interview: “We never hurt anybody and we never killed anybody.”

As the FBI reports: “The FBI doggedly pursued these terrorists as their attacks mounted. Many members were soon identified, but their small numbers and guerilla tactics helped them hide under assumed identities. In 1978, however, the Bureau arrested five members who were plotting to bomb a politician’s office. More were arrested when an accident destroyed the group’s bomb factory in Hoboken, New Jersey. Others were identified after two policemen and a Brinks’ driver were murdered in a botched armored car robbery in Nanuet, New York … ” (Italics mine)

There are people, like Ayers, who seem to believe that despite the facts they can rewrite history, and with a complacent media, he might have been successful but not anymore. What is new about Ayers is his rhetoric. Still a hard-core anti-capitalist and admitted communist with a small ‘c’, Ayers has dropped some of his Weather Underground rhetoric such as not calling police officers “pigs” in public anymore but that does not mean President Obama’s family friend is not as the FBI determined him to be– a domestic terrorist.