January 29 through the 31st, 5% of the sheriffs in America are in Las Vegas Nevada, learning how to tell the Federal government agents to pack sand and get out of town. 20% of the 50 United States of America have been presented with lawsuits and or legal filings challenging the eligibility of Barack Obama to be on the ballot for the 2012 election.

END_OF_DOCUMENT_TOKEN_TO_BE_REPLACED

We the People of the United States

Who Should We Believe?

During World War II, posters displaying the slogan “Loose lips might sink ships” reminded service members and civilians alike to avoid indiscreet discussions about secure information that could be exploited by the enemy and used against America during wartime. People understood that freedom of speech did not give them license to spill their guts because national security was vital to victory and victory was paramount to America’s survival. 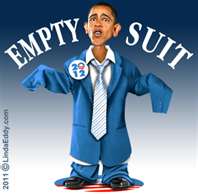 But that was then. Today, we have an administration that embraces a “Loose Lips For Political Expediency” philosophy. (No, I’m not talking about Vice President Biden.) Case in point: A headline I read the other day titled “SEALs becoming [the] face of Obama’s defense strategy.” Say, what?

END_OF_DOCUMENT_TOKEN_TO_BE_REPLACED 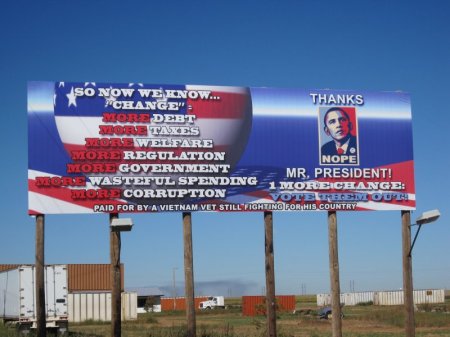 Look at the bottom of the sign to see who paid for it. Love it!!