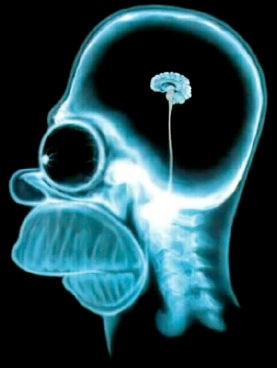 If there is a single thing that Barack Obama has proved to the American people — beyond any reasonable doubt — it is that he is not smart.  And neither are those so-called brilliant folks surrounding him, aiding him, advising him, and egging him on against the will of the people.

Barack Obama is charismatic. Or at least he was until mainstream Americans figured out he was a habitual liar and stopped listening to him.

From his whoppers about small things on the campaign trail (his uncle helped liberate Auschwitz; his parents married because of Selma; his father got a scholarship to America from the Kennedy’s) to his lies about very big things (his health care plan will reduce employer insurance premiums by 3000 percent, or $3,000 — still a lie), this president is now only allowed in polite company because he is the president. In any real-world company, inveterate liars are shunned as utterly untrustworthy, unreliable, unwelcome guests. (Unless their last name is “Clinton,” we shouldn’t forget.)

The still-blind sucker crowd that elected this charlatan to the most powerful CEO position in the world, on the strength of his skin color and a resume fit for the back of a postage stamp, cling to the hollow claim that their guy is just too smart for the rest of us commoners to understand him. And that whopper is just as believable to any sentient person as the president’s 3000 percent rate-reduction claim about his health care bill.

The proof that Barack Obama is not smart lies in his actions over the past year.

Never has so much goodwill been so thoroughly wasted and abused.

President Obama came into office riding a wave of well-wishes that was truly unprecedented. He also faced grave problems. He did not face unprecedented problems, as he so likes to pretend.

If President Obama were really the smartest guy of his generation, then he would have done the following:

He would have, first and foremost, surrounded himself with unimpeachable, morally sound, and experienced cabinet members.  Instead he filled his cabinet with Clinton retreads, tax cheats, polarizing ideologues, and unfit-for-the-real-world academics.

Second, President Obama — if he were really smart — would have told his Chicago intimates, especially Desiree Rogers and his wife, Michelle, that until the economy was in full — very full — rebound, there would be no expensive, vulgar partying in the people’s house. Knowing full well that he had come into the presidency on his own rhetoric that we were facing the worst “economic crisis since the Great Depression,” Barack Obama would have known better — if he were really smart — than to order up gala parties with imported Wagu beef at $100 per pound, while he was speaking out the other side of his mouth about the disgusting nature of executive retreats to Las Vegas.  A smart man would have known the people would see him as a hypocrite.

Instead, the Obamas partied hardy to the thralls of every society page in the country, quickly making themselves the butt of jokes from coast to coast.

Third, President Obama — if he were really smart — would have turned serious executive instead of media addict. He would not have appeared on a late-night comedy show. He would not have spent more time in front of a camera’s glow than he spent at his desk. He would have rolled up his sleeves and gotten down to the hard work of governing instead of hamming it up in public 24/7, which any truly smart person knows is not only bound to get old very fast, but also sends out the message loud and clear that no one is actually acting as president.

And if Obama were really intelligent, he would have hired a speech coach for the express purpose of weaning him from those confounded teleprompters. A man, who had just captured the presidency as the intellectual elite from Harvard, should have been smart enough to know that teleprompters malfunction and that camera phones take pictures of teleprompters and that when the people think they’ve elected a smart man, they should not be so easily disabused of that notion. It’s not good for the image one has worked so tirelessly to create.

2 thoughts on “These Are the Smart People? Oh, Please”