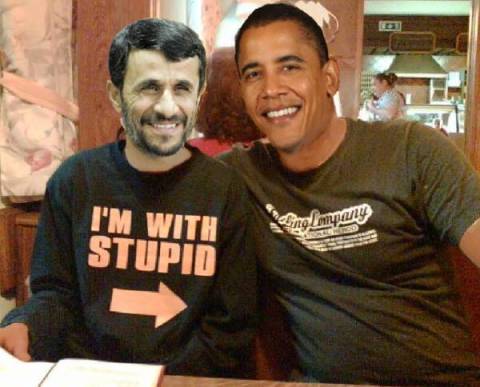 A Democrat president does not lose Massachusetts without so dispiriting liberals they can longer be bothered to turn out for him. Inattentive foreigners have been slow to spot the demoralisation because their relief at Obama’s inauguration has stopped them realising that his failure to tackle unemployment and his unconscionable delay in punishing the bankers have induced despair among his natural supporters. As has the vacuity of his foreign policy.

I accept that readers may find this a hard sentence to swallow, but when it comes to promoting democracy, the emancipation of women and the liberation of the oppressed, Barack Obama has been the most reactionary American president since Richard Nixon.

Take the undeservedly neglected case of Nyi Nyi Aung. The reason you have never heard of the Burmese-American is that his arrest is an embarrassment to an Obama administration that wants to “engage” with Burma’s military regime. The junta is holding the democracy activist in solitary confinement. If he is receiving the same treatment as its previous inmates, the guards will be forcing him to crawl on all fours, bark instead of talk and eat from a dog bowl. American senators wrote to Hillary Clinton demanding that she intervene and received no concrete commitments. Nyi Nyi’s disgusted American fiancee says that the message America sends the generals is that they can do what they want.

It is not that Obama has adopted a policy of outright appeasement. He decided not to drop the Bush-era sanctions after a long, slow review. But as Mark Farmaner from the Burma Campaign UK group says, European and Asian countries which don’t give a damn about human rights and just want to make money aren’t feeling any pressure from Washington to blacklist the regime. The hope that Burmese democracy campaigners felt at Obama’s election has long gone.

I don’t believe you can understand why he is such a let-down if you hold on to old definitions of liberalism. From Eleanor Roosevelt onwards, the Democrats were meant to believe in universal human rights. Even Jimmy Carter, mocked for his weakness in handling tyrants, tried to make them a part of his foreign policy. The flattering label “realist” – which, like the equally gratifying “sceptic”, is not a badge of honour you can award to yourself – was claimed by Republicans, most notably Nixon, Gerald Ford and Henry Kissinger. They maintained they were hard-headed men who could see the world as it is, unlike soppy liberal idealists. They would deal with any regime, however repulsive, that could help advance US interests, and ignore what their allies did to their captive populations.

Obama has stood the distinction on its head. In a forthcoming analysis for the Henry Jackson Society, Lawrence Haas, a former aide to Al Gore, laments the “disappointment” of the Obama presidency with an embarrassment of damning evidence. Obama and Hillary Clinton have explicitly said, for instance, that they will not allow protests about the Chinese Communist party’s treatment of dissent to sour discussion about the economic crisis and climate change. In line with the policy of detente, Obama refused to meet the Dalai Lama for fear of offending China just as Ford refused to meet Aleksandr Solzhenitsyn for fear of offending the Soviet Union.

During the aborted Iranian revolution, brave protesters chanted: “Obama, Obama – either you’re with them or you’re with us” as the cops beat them up. The dithering Obama couldn’t make up his mind which side he was on and insultingly called their country the Islamic Republic of Iran, as if it were the ayatollahs’ property. True, in his Cairo speech to Muslim countries, he said he believed in “governments that reflect the will of the people” – which was big of him – but did not mention the oppression of women. Ever since, his administration has ignored Arab liberals and done next to nothing to promote a settlement in Palestine.

Haas blames the chaos in Iraq for discrediting democracy and teaching Bush’s opponents to sneer at liberal values, but there is more to the conservatism of the Obama administration than that. He comes from an ideological culture which calls itself progressive, but is often reactionary. Many from his political generation use the superficially leftish language of multiculturalism and post-colonialism to imply that human rights are a modern version of imperialism which westerners impose on societies that do not need them. Scratch a relativist and you find a racist and although they do not put it as bluntly as this, their thinking boils down to the truly imperialist belief that universal suffrage or a woman’s right to choose are all very well for white-skinned people in rich countries but not brown-skinned people in poor ones.

The unthinking adulation Obama received would have turned the most level-headed man into an egomaniac. In his first year, he acted as if it was enough not to be Bush, as if his charisma and oratorical brilliance could persuade dangerous leaders to change their behaviour. He cannot believe that after a year of failure. He abandoned Bush’s missile defence programme in an attempt to charm Putin and received no concessions in return. Similarly, his creeping to Ahmadinejad has not produced any diplomatic rewards. Kissinger and Nixon were terrifying figures, who, in the name of “realism”, endorsed regimes that persecuted opponents from East Timor to Chile. Obama, by contrast, doesn’t frighten anyone.

I am glad to see that he turned away last week from the advisers who urged him not to reform Wall Street. Perhaps he is preparing a similar U-turn in foreign policy. In the past month, there have been tentative signs of a change of emphasis. In his Nobel peace prize lecture, he was unequivocal in his support for universal rights and departed from his prepared text to assert that, after all, he was on the side of the Iranian revolutionaries. Hillary Clinton, meanwhile, has finally managed to speak out in plain language against the censorship of the web by China, Egypt and other dictatorships.

Let us hope that these swallows herald a summer, because if they do not we will be stuck with an American president who combines the weakness of Jimmy Carter with the morals of Richard Nixon.

One thought on “Obama is the most reactionary president since Nixon”